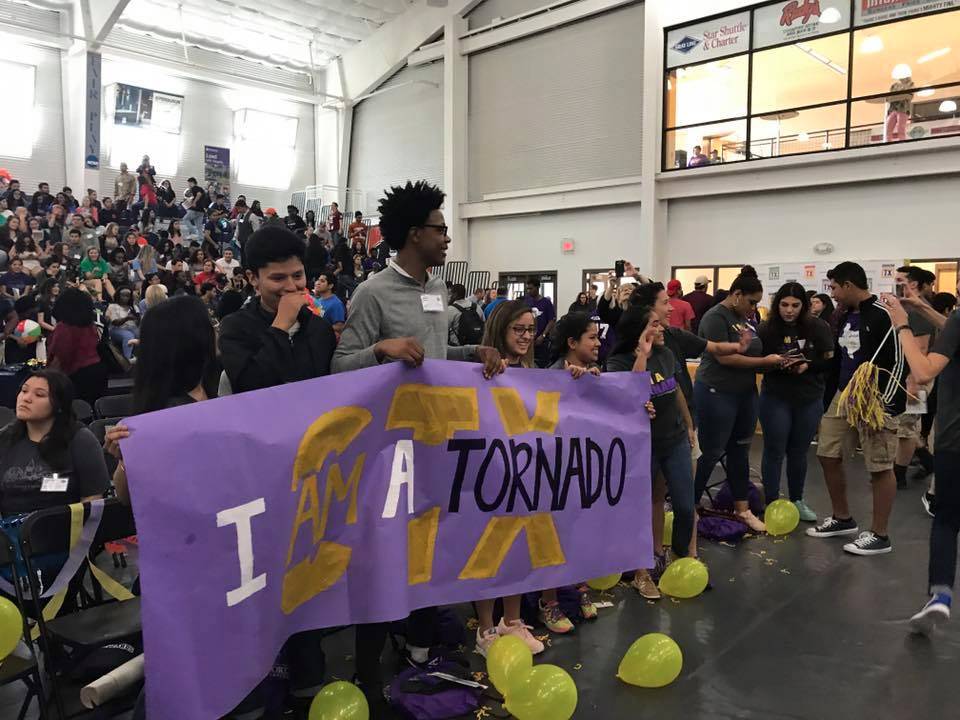 The community pep rally was full of energy as more than 1,000 high school students, and nearly 500 eight-graders, engaged in the fun.

Similar to signing days for athletic teams, Central Texas College Signing Day celebrates the accomplishments of students who academically sign to a college.

The purpose of this event is to mimic the same level of excitement often associated with athletic signing for all college-bound students.

Students who attended the festivities were able to meet others who were committed to the same colleges, as well as make new connections.