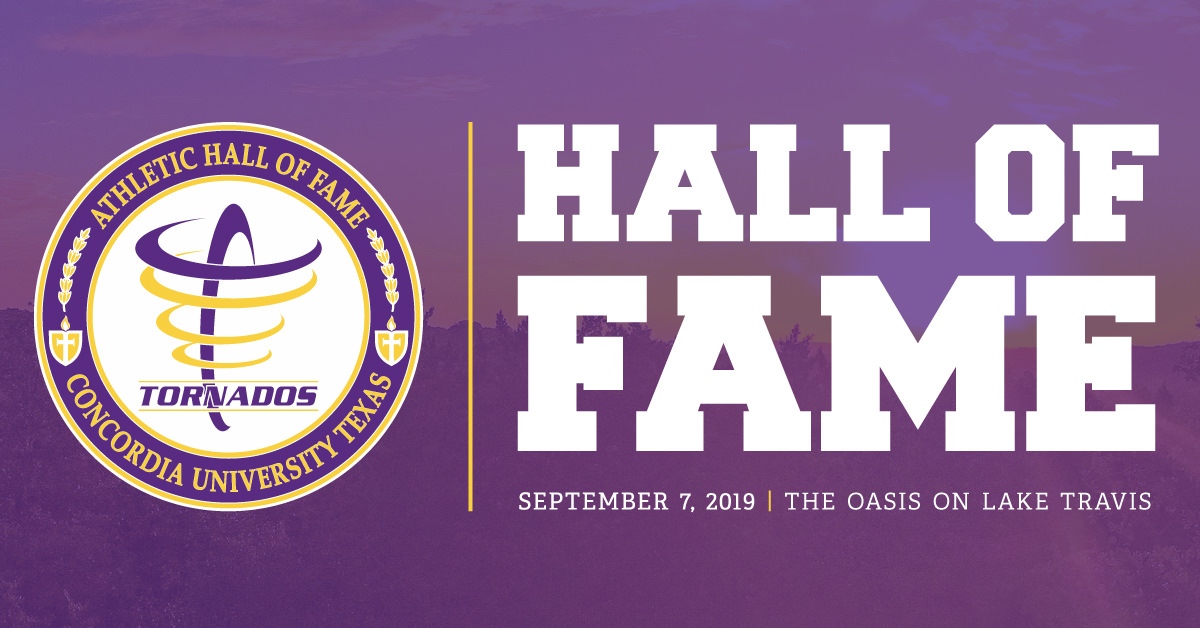 Join us on September 7, 2019 at the Oasis on Lake Travis to celebrate the induction of five new members into the Concordia University Texas Athletics Hall of Fame. From student-athletes to an entire team, it’s a celebration you don’t want to miss.

Mike Tate was a four-year letterman for the baseball team, pitching for the Concordia Stags from 1983 to 1986. During his collegiate career, Tate tallied a record of 15-20, posting a 4.42 ERA and totaling 249 strikeouts, which ranks second in program history.

Scott Berkman was a four-year letterman for the baseball team, playing from 2000 to 2003. He was part of the 2002 team that made a run to the Division III College World Series. Berkman was superb for the Tornados on the mound and in the batter’s box.

The 2012 women’s basketball team won a program-best 23 games on their way to claiming the program’s first-ever ASC Tournament Championship. They defeated Louisiana College 73-64 in the title game and reached the NCAA Tournament for the first time in CTX history.

Wagenaar finished her collegiate career as one of the most decorated runners in both cross country as well as the track and field. Competing for the Tornados from 2010 to 2014, Wagenaar racked up multiple individual accolades in both sports.

Make sure to purchase your tickets to the Concordia University Texas Athletics Hall of Fame 2019. Friday, August 30, is the last day to register!