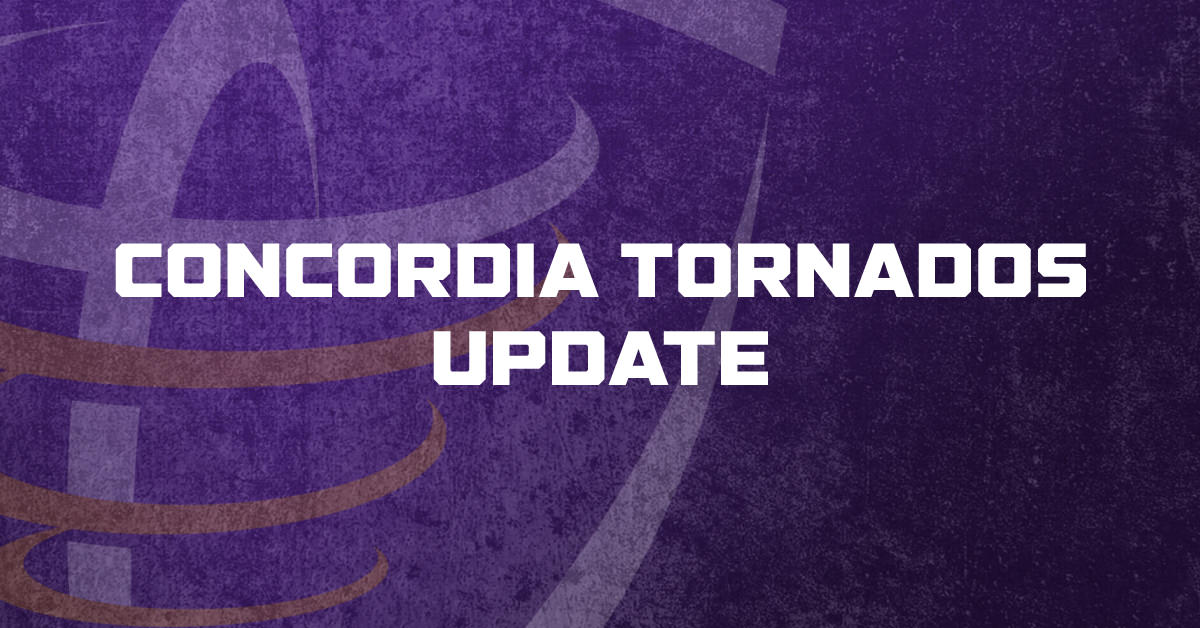 The Concordia Texas fall season is underway as volleyball, cross country, men’s soccer and women’s soccer kicked off their season. Men’s and women’s golf and tennis teams also began the fall portion of their respective seasons.

The volleyball team is off to their best start in program history through the first 18 matches. They are 15-3 and on a seven-match win as of October 1.

Senior outside hitter Tristyn Massey has been the offensive catalyst for CTX, leading the team with 185 kills and placing second with 163 digs and 82 service aces. She was named the American Southwest Conference (ASC) Co-West Division Offensive Player of the Week on October 1.

Freshman Sarah Ghormley has also been a force for the Tornados. In 40 sets played, the Bastrop native is averaging 2.75 kills a set, the second-highest on the team. She has also been productive on the defensive side, registering 127 digs, 3.18 a set, which is second-best on the team. Ghormley was named the ASC West Defensive Player of the Week on October 1.

The Tornados look to reach their third straight conference tournament, which will begin on November 7.

The men’s soccer team opened the season winning only one of their first four games before finding their footing and winning three of their last five contests, including a 2-0 start to conference play after defeating East Texas Baptist and LeTourneau.

Guerrero was named the ASC Co-Offensive Player of the Week after tallying three goals and two assists in wins over the Tigers and the Yellow Jackets.

Concordia Texas will head into the thick of its conference schedule as they look to reach the ASC Tournament for the fifth year in a row, which will kick off on November 5.

The women’s soccer team has been through a rough stretch to start the season under new Head Coach Andy Tunnicliffe. However, the Tornados recorded their first win of the season against East Texas Baptist to open conference play.

Concordia Texas looks to reach its tenth straight ASC Tournament, which will kick off on November 5.

The team has competed in four meets so far this season, with a slew of freshmen leading the way for both the men’s and women's teams.

In the opening meet, the men’s team won the team title, accumulating 28 points with the top seven runners finishing inside the top 10. The women’s team finished second, led by Alexis Pineda, who finished fifth and was the top runner for the Tornados with a time of 21:55.

The Tornados have three more meets left in the season. They will compete in the Bill Libby Invitational on October 19 in Abilene, the conference championship meet on November 2, and the NCAA Regional Meet in Memphis, Tennessee.

The men’s golf team has teed off on two tournaments so far, most recently winning the UMHB Crusader Intercollegiate team and individual titles for the second year in a row.

In their season-opening tournament, the Tornados competed with the best teams in the country at the NCAA Preview in Florida. They finished 14th as a team, while Balen shot a three-round score of 223 to finish in a tie-for-14th.

The women’s golf team set multiple program records at the Lady Crusader Invitational, finishing the tournament with a team scorecard of 324-312 — 636. The team placed third overall, just one stroke back of second.

At the NCAA preview, the Tornados finished 11th among 13 teams, led by Mayson Milliorn, who shot a three-round score of 249 and placed in a tie-for-32nd.

Jorge Garcia and Michael Davis highlighted the Tornados’ performance at the Intercollegiate Tennis Association (ITA) Regional, winning the flight B doubles championship. They defeated Southwestern’s Max Pearson and Jeremy Wilson with two break points and an 8-4 win over the Pirates.

The Tornados had a strong performance at the ITA Regional.