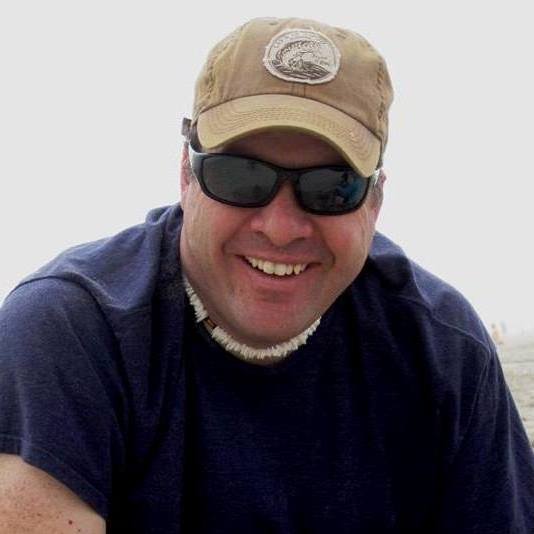 Brent Burgess is an assistant professor of Political Science, a post he has held at Concordia for six years. Brent grew up mostly in West Te...

Does the Church’s reformation, need another reformation? My initial inclination is to say “yes” given all the dysfunction in the Church and all of the wrong doings and injustice that have been committed in the name of Christ.

However, after thinking, researching, and praying I have come to the conclusion that we are not in need a new reformation, but rather a return to many of the principles of the movement that God’s servant Martin Luther started in 1517. Before I get into why this is, I’d like to share a little about my own faith journey. I hope you will forgive me for using my own story as a justification for this perspective.

I was not raised in the Lutheran Church. In fact, I rarely attended any church until I was 13 years old when I decided that I wanted to become a follower of Christ. I was baptized a few months later on Easter Sunday in a small Baptist Church in West Texas.

I still remember the smell of the water and the warmth of the baptismal pool as I was pulled up out of the water shaking my head like a wet puppy. I knew I was cleansed of my sins at that moment and that the slate was clean. However, avoiding sin can be tough for a teenage boy and I soon started racking them up, but also feeling shame and disappointment. My clean slate was being soiled.

I took being a Christian very seriously and for the first time in my life, I was holding myself to a high standard. I would set out to read the Bible every day, do a Bible study every night and not act upon sinful thoughts for a week.. More often than not, I would fail and I would beg God to forgive me again and again, but I never felt forgiven and the shame always remained.

I knew that God “could” forgive me, but I lacked the faith and trust to believe that He actually did. In a way, I believed that God forgave me like I imagined a wife might forgive a cheating husband, which is to say, she may say that she forgave him, but in her heart she would never be able to fully let it go.

I thought of God looking down on me from heaven and shaking his head as I sinned, like the parent who had a child that was a constant disappointment. Yes, I knew God loved me, but I really did not think he liked me or wanted to even be around me until I got my act together.

I would be lying if I said that I outgrew this mentality when I became an adult. While I knew and somewhat understood the concept of grace, I think I still really didn’t get it. I bought into the myth that God blessed only those who did good things and in a way He eventually cursed or punished those who did wrong.

I lived in constant fear that the other shoe was going to drop if I kept sinning and that my life would get better if I just sinned less and tithed more. I think I truly believed that God’s grace was finite and that we only had a limited number of “Get Out of Jail Free” cards to use. Sin too much and you were on the naughty list. You don’t get to win that set of steak knives at the end of your life.

I also realized that God’s grace was truly free, abundant, and had always been there. I realized that while my sins could have earthly and personal consequences, if I asked, my sins were as far as the east was from the west and I was made pure again by the blood of Christ. I did not, and could not, earn that grace and I could not repay it either; it was simply a free gift from Christ that was already paid for with His blood. Many people I know grew up understanding God’s grace, but for me, discovering this as an adult was extraordinary and beautiful.

The thinking of my youth, while misguided, is fairly common by those both inside and outside  Christ’s church. Many Christians treat grace as a type of commodity that is withheld and even most non-believers that I know subscribe to some type of belief in karma (Good Acts = Blessings/Bad Acts = Retribution).

These ideas are often reinforced by the Church as others are told that their sins are really forgiven only when they completely turn from sin, that Grace is conditional or in limited supply, or that God doesn’t want a relationship with them until they get their act together. Like I said, I really used to believe these things myself and it is far more common in the Church than many people realize.

I believe that this type of thinking (and preaching) does much more harm than good because it makes potential followers of Christ believe that their Savior doesn’t want a relationship with them until they get a handle on their sins. I have counseled many friends who didn’t believe that they could be a homosexual, a fornicator, a heavy drinker, a drug user or a “fill in the blank” and a follower of Christ at the same time.

They simply felt unworthy of God’s love and they truly believed that God did not want anything to do with them unless they started sinning less. I understand their sadness. I usually try to tell them that even though I don’t know exactly how God views their struggles, I do know that God is always seeking a relationship with them and that they should let God love them. Grace is simply counter-intuitive to many Christians as well as those outside the church. Many people simply can’t wrap their mind around the thought that they can actually get something for nothing.

To be clear, I am not saying that sin may not create a man-made barrier between our hearts and God, but rather that Christianity has so often become defined by what we are against and the artificial hoops that must mastered.

So, at this point you may be asking yourself how in the world does this relate to the Reformation?  Early in his ministry Martin Luther believed that God’s grace was insufficient to cover his sins.

He hid away in an Augustinian Monastery begging God to forgive him for his sins and castigating himself. He simply did not believe that God’s grace was big enough to cover his sins. Thankfully, a friend and mentor came to Luther and convinced him that his focus on sin and personal conduct was obscuring the beauty of a relationship with Christ.

The Church in the 16th Century quite literally treated grace like a commodity as indulgences were sold by the church. You could literally purchase with gold a “Get out of Purgatory” edict and absolve your sins. While this was likely an effort by the Pope Leo X to raise money for St. Peter’s Basilica, it also represented the familiar misunderstanding of grace.

Then, like now, some folks simply could not reconcile the fact that grace could be unearned and that the price for their sins had already been paid. It was counter-intuitive and when something is thus, people seek to provide alternatives to make sense of that thing for which they fail to understand.  It was on this point that Luther was most adamant.

He contended that God’s grace was not a commodity, but rather it was a free, abundant, and accessible gift to all believers. Still today, even in the Lutheran Church, we struggle with this idea. It simply can’t be that easy. My sins can’t be that easily forgiven can they? I have to pay a price for my sins somehow, right? Isn’t grace only available to the righteous?

The problem with this type of thinking is that when we find ourselves more in control of our sins, especially our public ones, we start to believe that we are more worthy of God’s grace than others. This in turn leads to self-righteousness and being judgmental. Both Christ and His servant Luther said that this type of thinking was wrong and it is no small coincidence that both Christ and Luther spent most of their time condemning dogmatic religious authorities instead of common sinners.
S

o, do we need another reformation? For me the answer is “No." Martin Luther may not have had to deal with issues like same-sex marriage, gender neutral bathrooms, weapons of mass destruction or Islamic terrorism, but it would be a mistake to assume that the controversies of his day were not just as pressing. The point is, Luther understood that Christ’s church has to move beyond being defined by what we oppose, being the gatekeepers of heaven, or the dispensers of God’s grace.

Instead, we need to spread the good news that God covets a relationship with everyone regardless of who we are, the wrongs we have done, or the sins we will commit in the future. The evil one wants us to define our relationship with God based on what we do or don’t do, because we can never attain perfection and we can easily get suspended in the tension of that failure.  We (believers) can even use our quest for righteousness as a club to beat back others who want a relationship with Him who created us.

The spirit and significance of the Reformation was great and prodigious. Luther changed the world in a way that few others have. What we need today is not a new reformation, but perhaps a reaffirmation of what Christ spoke through his servant Luther back in the 16th century. I am not saying it would be easy and that Luther’s writings were infallible or fully applicable to today’s struggles (he was neither a prophet or an apostle), but rather that Christ’s church needs to fight hard against the temptation to treat grace as something that is our responsibility to dispense.

We need to start working harder to invite sinners to dine at our table and lead with the beauty of a relationship with Jesus instead of a list of hoops that people need to jump through to receive the blessings of their Creator. Finally, we need to realize that when we treat Christ’s church as an exclusive club only for the righteous instead of a place of healing and acceptance, we are only doing the work of the evil one.

According to Christ, the greatest commandments are to love God the Father with all your heart and to love your neighbor. I don’t discount that the rest of the law matters and I believe it is relevant, but not at the expense of these two commandments. If we want to serve God in a way that Christ instructed us, it’s time to start trusting God and get out of the way of His perfect and beautiful love.

Discover some of the career paths of Concordia's MEd graduates.