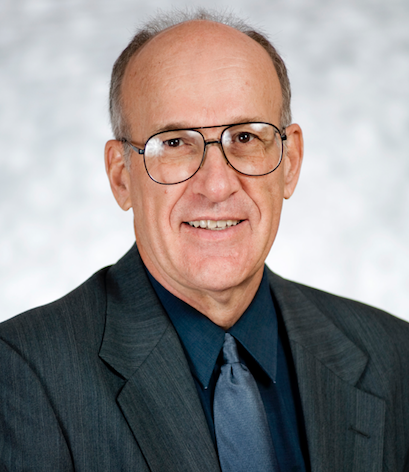 Dr. Muench is the seventh son in a family of eight and has five children of his own. He went to college on a football scholarship. He earned...

We can trace Luther’s impact on theology, translation, leadership in the church, use of media and communication in the church.  In this presentation I will show how this impact is related to Luther’s understanding of communication.

Luther’s “Theology of the Cross” can be understood as a lesson in communication.  God, who is far beyond our understanding, chose to reveal Himself to humans.  Luther writes:

The hidden God is none other than the revealed God.  God is hidden for the sake of revelation.   Revelation is possible only in concealment, the revealed God as such must be hidden… Man hides his own things in order to deny them, God hides His own things to reveal them… By this concealment He does nothing else than remove that which obstructs revelation, namely pride. (Luther’s Works, Weimar edition 1:38 13ff)

Luther’s impact on translation came in the form of what today is called “dynamic equivalent” translation.  Grace alone, Faith alone and Scripture alone are key Reformation phrases, yet Luther himself admits that the work alone is not in the Bible verse he quotes. (Romans 3:28)  Luther exclaims that his opponents stared at the word alone like a cow stares are a new gate.  He then goes on to explain how in the original Greek the meaning “alone” is there without a specific word.  (Heinz Bluhm, Martin Luther; Creative Translator)

Luther’s treatise on “The Priesthood of All Believers” continues to have an impact today.  Luther wrote: Faith alone is the true priestly (priesterlich) office.  It permits no one else to take its place.  Therefore all Christian men are priests (pfaffen) and all women priestesses (pfeffyn), be they young or old, master or servant, mistress or maid, educated or lay.  Here there is not difference, unless faith be unequal.  (Kristian Baudler p. 130)

Luther was adamant that those in church offices performed only the duties which served the needs of the people.  I believe this is foundational to the modern business model of “servant leadership.”

Luther, much like we are today, was challenged by new media.  He quickly learned to be effective using the media.  Luther regretted posting the 95 thesis only in Latin.  He says they should also have been posted in German for the non-scholars.

Luther also quickly learned that longer printed documents were too expensive for the common people to buy.  He learned to publish pamphlets rather than books.  His opponents wrote longer pieces which few could afford to buy.  Luther’s pamphlets would cost about the same as a chicken allowing many more people to buy them.  This also made a larger profit for the printers who were then much more willing to pass on what Luther wrote. (How Luther Went Viral, The Economist, December 17 2011)

Luther demonstrated his understanding of communication and his willingness to adjust to the needs of his audience in many ways.  He says this about public worship:

But such orders are needed for those who are still becoming Christians… They (orders of worship) are essential especially for the immature and the young who must be trained and educated in Scripture and God’s Word daily so that they many become familiar with the Bible, grounded, well versed, and skilled in it, ready to defend their faith and in due time to teach others and to increase the kingdom of Christ.  For such, one must read, sing, preach, write and compose.  And if it would help matters along, I would have all the bells pealing, and all the organs playing, and have everything ring that can make a sound.  (Luther’s Works, vol. 62)