23 Essential Things Y'all Need to Know About Texas 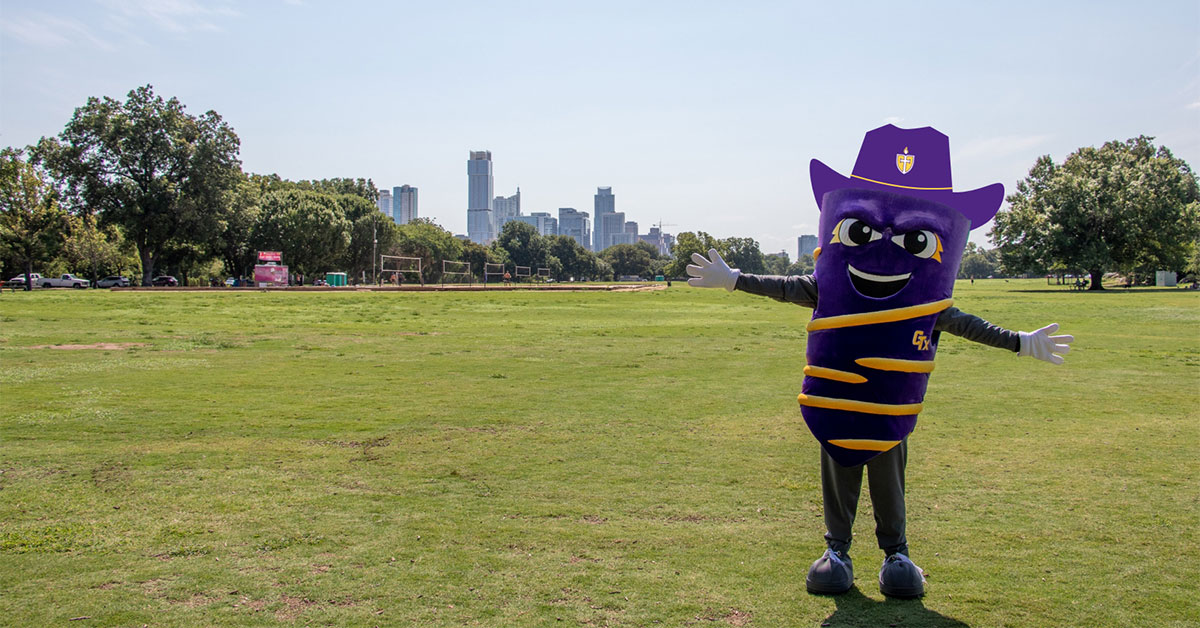 Concordia University Texas is located in Austin, the capital city of Texas. This state has a lot to offer and is built on a rich history. We've compiled 23 facts about Texas to learn more about the Lone Star State.

1. Texas Joined the U.S. Through a Treaty

Texas is the only state that joined the United States of America as a nation via treaty (not annexation). Before joining the U.S., Texas was a sovereign nation, known as the Republic of Texas, from 1836 to 1845.

2. Six Flags Over Texas Is More Than a Theme Park

Six Flags Over Texas is a theme park in Arlington, Texas, outside of Dallas/Fort Worth, and its name has a significant meaning.

"Six Flags Over Texas" was inspired by the flags of the six nations that have ruled over parts of or all of Texas, including Spain, France, Mexico, the Republic of Texas, the United States of America and the Confederate States of America.

You can also find the six nations' coats of arms below the dome of the Texas State Capitol.

Because of the sheer size of Texas, the state boasts seven major regions that each feature unique landscapes, plants and wildlife.

Have you ever wondered why it can take a full day just to leave Texas?

Aside from the fact that no one wants to leave the state, it takes so long because of the sheer size of Texas.

The United States Bureau of Labor Statistics estimated in 2019 that 28,995,881 people live in the state.

That means that there are nearly 108 people per square mile.

Texas claims three spots in the ten most populated cities in the U.S.

Dr Pepper was invented in the late 1800s in Waco, Texas.

Note the fact that there is no period after "Dr" in the name.

Austin, Texas, where Concordia University Texas is located, is known as the "live music capital of the world." The city has the most live music venues per capita in America.

So there you have it. Texas is bigger and better!

Texas is home to more than 13% of the nation's cattle, owning 13 million heads of cattle.

Texas is the largest domestic producer of oil in the U.S.

13. Tenth-Largest Economy in the World

GDP is a measurement used by economists to gauge the health of an economy. A higher GDP typically means that the economy is doing well.

As of 2019, Texas' gross domestic product (GDP) was more than $1.8 trillion. When compared to other countries' economies, Texas ranks as the tenth-largest economy in the world.

The Texas GDP is higher than the GDP of Canada, Russia, Australia, Switzerland, Ireland and more than 150 other countries.

14. Driving in the Fast Lane

Texas State Highway 130, which runs from Georgetown to San Antonio, was created as a way for drivers to avoid the Austin Metro traffic. The 91-mile road takes drivers east of Austin.

TX-130 has the highest legal speed limit in the country at 85 mph. But be careful! Feral hogs frequent the area and have caused major crashes.

Originally named Clark, Texas, the residents of the town in Denton County (north of Fort Worth, Texas) renamed the town DISH in 2005.

They agreed to rename the town in exchange for 10 years of free basic television and DVRs from Dish Network, a television company.

Interestingly, a satellite dish lasts an average of 10 years.

Texas is home to "Silicon Hills," a name that describes the large group of high-tech companies in the Greater Austin area.

Texas is home to the greatest amount of bat species in the country.

Bracken Cave, located outside of San Antonio, Texas, is home to the largest colony of bats in the world. Plus, the Congress Avenue Bridge in downtown Austin houses the largest urban bat colony in North America.

A site near Amarillo, Texas, holds more than 40% of the helium used annually in the U.S.

The gas, which makes your voice sound higher when inhaled, is held in the Federal Helium Reserve. The U.S. Bureau of Land Management operates the reserve.

19. Don't Forget to Remember the Alamo

You've likely heard the phrase "Remember the Alamo," but do you know how it began?

Fighting for independence from Mexico, the Texian Army seized the Alamo, a former Franciscan mission. Just a few months later, Mexican General Santa Anna began a siege on the fort.

The 200 Texians, with dogged determination, fought to defend the Alamo, but on March 6, 1836, the Mexican forces overpowered them, killing nearly everyone in the mission. With Santa Anna's orders to take no prisoners, only a few were spared, including one captain's wife and infant daughter.

The next month, Sam Houston and 800 other Texians fought Santa Anna's forces in the Battle of San Jacinto. They shouted, "Remember the Alamo," when they attacked.

The Texians took Santa Anna prisoner, and in exchange for his freedom, Santa Anna signed the Treaties of Velasco. Although the Mexican government refused to ratify the treaties and acknowledge Texas as independent, the military was too weak to reconquer it, making the Republic of Texas de facto independent.

Texas is renowned for its beautiful bluebonnets. But this isn't the only wildflower that blooms in the state.

There are more than 5,000 species of wildflowers in Texas, from Indian paintbrush and prairie verbena to pink evening primrose and Texas lantana.

21. An Airport the Size of an Island

Make sure to give yourself enough time if you have a connecting flight!

The San Jacinto Monument, which is located in La Porte, Texas, is 567.31 feet high.

Completed in 1939, the monument commemorates the Battle of San Jacinto. It is the world's tallest masonry column and is taller than the Washington Monument.

The University is very much part of the history of Texas. In 1926, Concordia became the first educational institution affiliated with the Lutheran Church-Missouri Synod to be established in Texas. Furthermore, the historical campus sat along East Avenue, which transformed into I-35.

The University continues to serve as an important institution in Texas. Through individualized attention, comprehensive curriculum and a focus on serving others, Concordia prepares graduates to impact the communities in which they live and work.

Are you ready to begin your life-changing adventure at Concordia University Texas? Apply today!