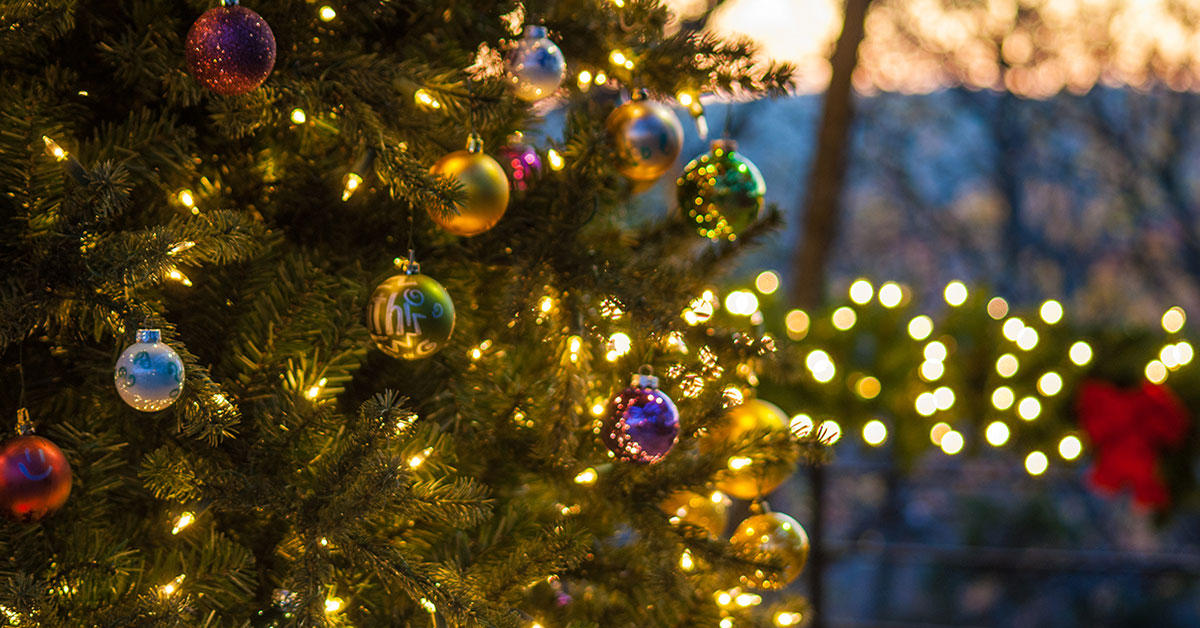 It's beginning to look a lot like Christmas at Concordia University Texas! The campus boasts festive decorations, and our giant Christmas Tree stands shining at the end of the Pier against the backdrop of the nature preserve. We have compiled 45 Bible verses to help you prepare your heart for the true meaning of Christmas: celebrating the birth of our Lord and Savior Jesus Christ and the salvation He achieved through His death and resurrection.

Please note that the following Bible verses are from the English Standard Version (ESV) unless otherwise noted.

"Therefore the Lord Himself will give you a sign. Behold, the virgin shall conceive and bear a Son, and shall call His name Immanuel."

"And she will bring forth a Son, and you shall call His name JESUS, for He will save His people from their sins."

So all this was done that it might be fulfilled which was spoken by the Lord through the prophet, saying:

"Behold, the virgin shall be with child, and bear a Son, and they shall call His name Immanuel," which is translated, "God with us."

For to Us a Child is born, to us a Son is given; and the government shall be upon His shoulder, and His name shall be called Wonderful Counselor, Mighty God, Everlasting Father, Prince of Peace.

Of the increase of His government and peace there will be no end, on the throne of David and over his kingdom, to establish it and to uphold it with justice and with righteousness from this time forth and forevermore. The zeal of the Lord of hosts will do this.

And the angel said to her, "Do not be afraid, Mary, for you have found favor with God.

"And behold, you will conceive in your womb and bear a Son, and you shall call His name Jesus.

"He will be great and will be called the Son of the Most High. And the Lord God will give to Him the throne of His father David,

"and He will reign over the house of Jacob forever, and of His kingdom there will be no end."

"My soul magnifies the Lord, and my spirit has rejoiced in God my Savior."

And Joseph also went up from Galilee, from the town of Nazareth, to Judea, to the city of David, which is called Bethlehem, because he was of the house and lineage of David, to be registered with Mary, his betrothed, who was with child.

And while they were there, the time came for her to give birth. And she gave birth to her firstborn Son and wrapped Him in swaddling cloths and laid Him in a manger, because there was no place for them in the inn.

And there were shepherds living out in the fields nearby, keeping watch over their flocks at night.

But the angel said to them, "Do not be afraid. I bring you good news that will cause great joy for all the people. Today in the town of David a Savior has been born to you; He is the Messiah, the Lord. This will be a sign to you: You will find a baby wrapped in cloths and lying in a manger."

Suddenly a great company of the heavenly host appeared with the angel, praising God and saying,

"Glory to God in the highest heaven, and on earth peace to those on whom His favor rests."

So it was, when the angels had gone away from them into heaven, that the shepherds said to one another, "Let us now go to Bethlehem and see this thing that has come to pass, which the Lord has made known to us."

And they came with haste and found Mary and Joseph, and the Babe lying in a manger.

Now when they had seen Him, they made widely known the saying which was told them concerning this Child.

And all those who heard it marveled at those things which were told them by the shepherds.

But Mary kept all these things and pondered them in her heart.

Then the shepherds returned, glorifying and praising God for all the things that they had heard and seen, as it was told them.

The Word became flesh and made His dwelling among us. We have seen His glory, the glory of the one and only Son, who came from the Father, full of grace and truth.

For God so loved the world that He gave His only begotten Son, that whoever believes in Him should not perish but have everlasting life.

Every good and perfect gift is from above, coming down from the Father of the heavenly lights, who does not change like shifting shadows.

He was despised and rejected by men, a Man of sorrows and acquainted with grief; and as one from whom men hide their faces He was despised, and we esteemed Him not.

Surely He has borne our griefs and carried our sorrows; yet we esteemed Him stricken, smitten by God, and afflicted.

But He was pierced for our transgressions; He was crushed for our iniquities; upon Him was the chastisement that brought us peace, and with His wounds we are healed.

All we like sheep have gone astray; we have turned — every one — to his own way; and the LORD has laid on Him the iniquity of us all.

But when the fullness of the time came, God sent His Son, born of a woman, born under the Law, so that He might redeem those who were under the Law, that we might receive the adoption as sons and daughters.

For the wages of sin is death, but the gracious gift of God is eternal life in Christ Jesus our Lord.

For we maintain that a person is justified by faith apart from the works of the law.

Do we, then, nullify the law by this faith? Not at all! Rather, we uphold the law.

If anyone does not love the Lord, let that person be cursed! Come, Lord! The grace of the Lord Jesus be with you.