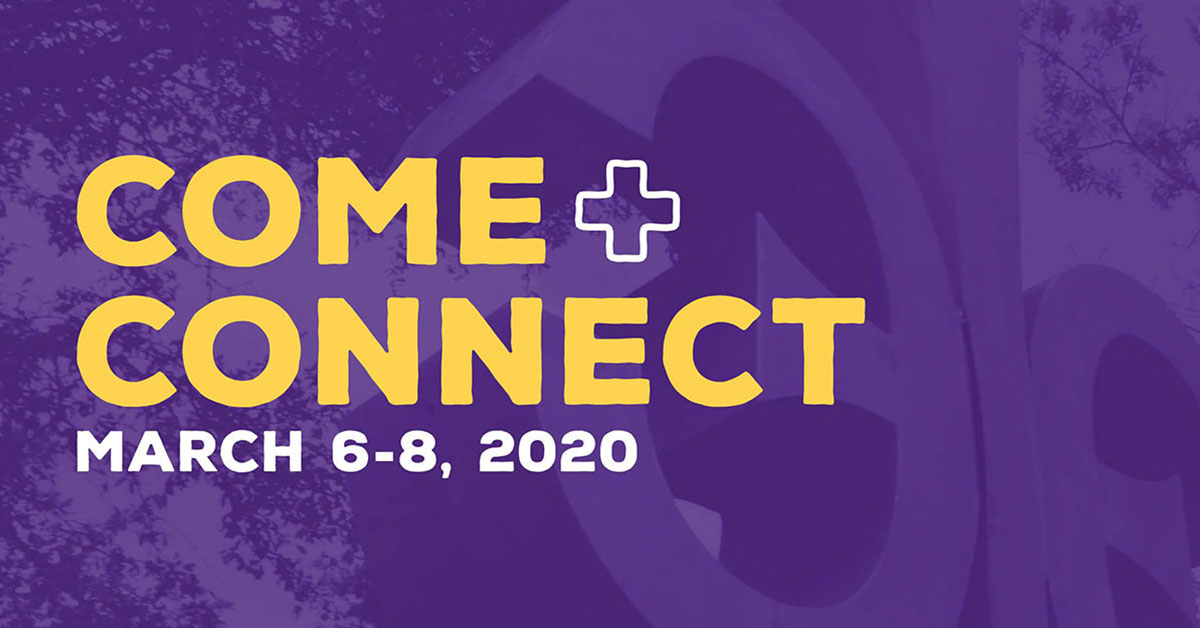 Concordia Crossing, the annual homecoming celebration for Concordia University Texas, is happening next week! Join us on Saturday, March 7, for this year's CTX Game Show in the Chapel. Here are five Concordia facts you should know to prepare for the game show.

Concordia's campus has a road named Kilian Road, which leads to the Field House, athletic fields, residence halls and main parking lot. Did you know that the road is named after Reverend John Kilian?

Kilian led a group of Wensidh Lutherans from southern Germany to move to Texas. The group sailed to Liverpool, England, and then to Galveston, Texas, in 1854.

They settled in Serbin, where they built a church (St. Paul Lutheran Church), school and parsonage. Kilian and his fellow Wends became missionaries to the neighboring settlements. Quickly joining the Lutheran Church-Missouri Synod, Kilian was the first Missouri Synod pastor in Texas.

2. The Student Center Is Named After UFCU.

University Federal Credit Union is a partner of the University and is the namesake for our Student Center in Building B.

The center features a mini UFCU branch, plenty of seating, a cafe, a television and a ping pong table.

UFCU sponsors Tornado Tuesday, which is an event on every first Tuesday of the month where the campus community enjoys snacks, music and conversation.

3. The Cruciform Used to Sit on a Two-Story Tower.

The Cruciform is a symbol that was designed by Rev. Dr. Ray Martens, a former Concordia president, in 1983. It sat two stories (25 to 30 feet) high above Kilian Hall on the original campus.

The Cruciform now sits outside of the Dining Hall on Concordia's campus in Northwest Austin.

Did you know that 250 acres of Concordia's 389-acre campus are part of the Balcones Canyonlands Preserve? The University is blessed to be located near this beautiful natural treasure, which serves as a living classroom for students learning about urban environmentalism, conservation and other subjects.

Tour the preserve during Concordia Crossing.

The spectacular setting crafted by God's divine hand is home to Golden-cheeked Warblers and Black-capped Vireos, both of which are species of endangered birds. Additionally, Jollyville Plateau salamanders (a threatened species) live beneath the Dining Hall.

5. Concordia Has Had Four Different Names.

Concordia has undergone many name changes since it was established in 1926.