9 Common Sayings & the History Behind Them 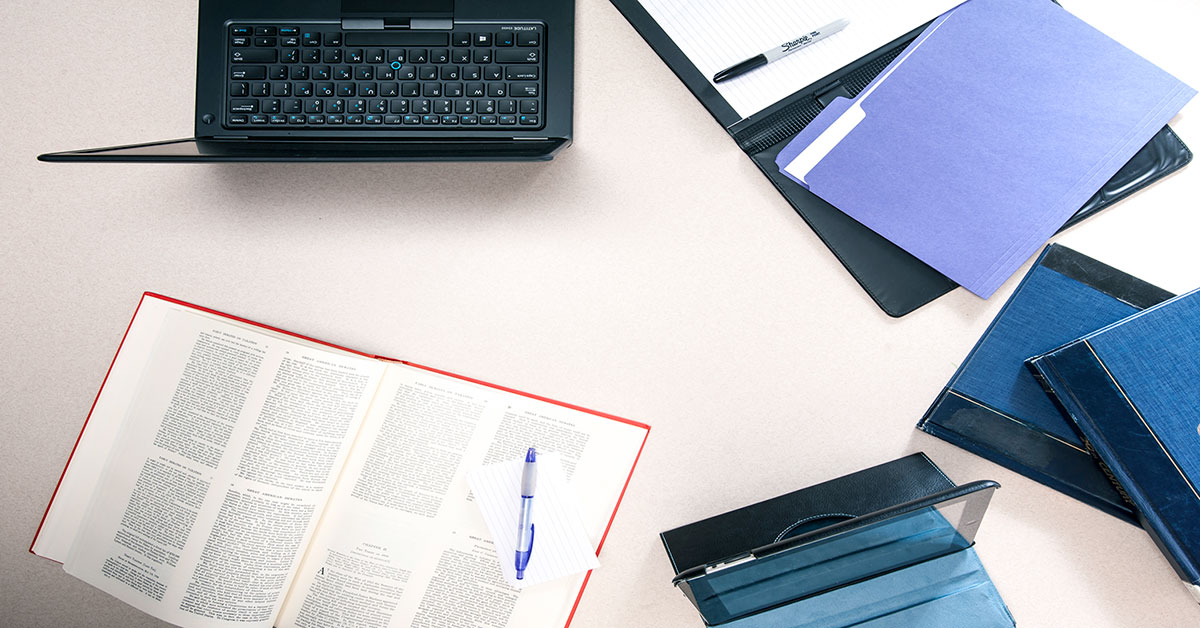 One of the core values of Concordia University Texas is the pursuit of lifelong learning.

An idiom is a common saying whose words aren't meant to be taken literally but figuratively. For example, when someone says it's raining cats and dogs, they are talking about heavy rain, not that cats and dogs are descending from the sky.

We've compiled a list of some frequently used idioms and the fascinating history behind them.*

1. Barking Up the Wrong Tree

Today, the phrase "barking up the wrong tree" is used to tell someone that they are taking the wrong action because their belief or understanding is incorrect.

Example: The animal shelter wants me to adopt a cat, but I'm allergic to them. They're barking up the wrong tree.

In early 1800s America, the phrase was literal. Hunters would use dogs to find raccoons at night. The dog was supposed to go to the tree where the raccoon was hiding and bark to alert his master (the hunter).

To "break the ice" is to break down socially awkward situations and help people socialize with one another.

The phrase was inspired by ships breaking up ice to form paths. Originally, a country receiving a shipment of goods would send small ships to form paths through the ice for the incoming trade ship. Through innovative design, many ships are now designed with strong hulls and powerful engines that enable them to break through the ice without assistance.

The phrase "bury the hatchet" has maintained its same meaning since its inception, which is to end a conflict or to make peace.

Recorded first in the 1600s, the chiefs of Native American tribes would bury their weapons when they would come to a peace agreement with those against whom they were fighting.

When someone "eats humble pie," they are humiliated and forced to admit an error.

The history of the phrase is derived from a pie, but not the American version, such as apple pie. Across the pond in Britain, pies are savory, typically containing meat and vegetables that are contained within a pastry shell.

"Numbles" referred to the entrails (organs) of animals, and they used to be baked into a pie. It has been suggested that the good meat of an animal was reserved for those in the higher classes of society, while the rest of the animal was given to the servants. However, there are accounts that contradict this theory.

Regardless, over time, a "numble pie" became an "umble pie," which then became a "humble pie."

When we use "hands down," it typically means "without effort" or "easily."

Example: VorTex is the best mascot, hands down.

The phrase itself came from the horseracing industry in the mid 1800s. People used the phrase to describe a jockey who was so far ahead, he could relax from holding the reins of his horse — putting his hands down — and still win the competition.

Today, "mad as a hatter" is used to refer to someone who has gone completely insane.

Example: That celebrity is mad as a hatter.

In the 1700s-1800s, hats were typically made out of felt. Hatters (people who make hats) and industrial workers would use a poisonous substance called mercury nitrate in the process of making the fur of small animals into felt.

Because these workers were exposed to mercury for long periods of time, many would develop erethism, or mercury poisoning, that manifested in physical and behavioral changes, such as a metallic taste in the mouth, irritability and hallucinations.

7. Pull Out All the Stops

To "pull out all the stops" is to do something on a grand scale, leveraging your best effort.

The phrase originates from the pipe organ. Stops control which pipes are allowed to sound. When musicians pull out all of the stops of an organ, allowing all of the pipes to sound, the organ is as loud as possible.

The phrase "Rome wasn't built in a day" is used to refer to a great task or achievement that takes time and effort.

Rome wasn't built in a day, and neither was the phrase's history. The earliest known record of the phrase is in a collection of French poems, Li Proverbe au Vilain, that was published before 1200.

Someone who is described as a "wolf in sheep's clothing" is a person who is disguised as a trustworthy person but actually possesses malicious intent.

The saying is derived directly from the Bible. In Matthew 7:15 (ESV), Jesus warns Christians, "Beware of false prophets, who come to you in sheep's clothing but inwardly are ravenous wolves."

In the next verses, Jesus explains that you can determine whether they are wolves by the fruit they bear (how they live).

*A majority of the information was drawn from The Phrase Finder and Grammarly.

Learn more about the core values of Concordia University Texas.