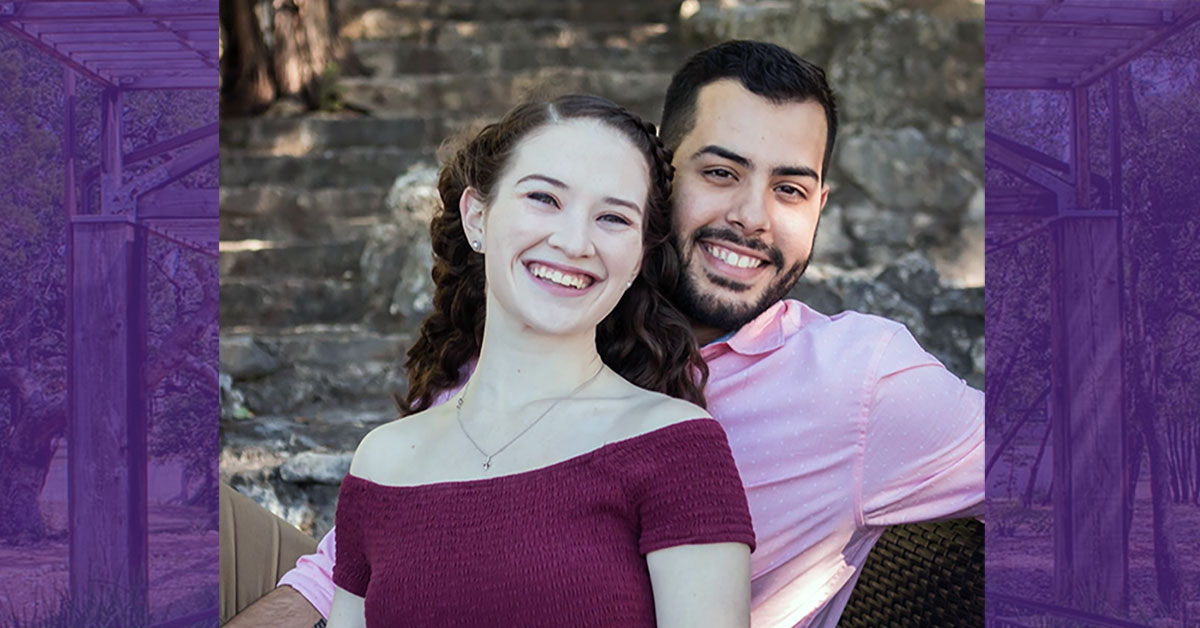 Concordia University Texas has served as a major backdrop to the love story of two seniors. Dante Pronsati and Reagan Keller met at CTX during their freshman year and are getting married after graduation.

Keller shared their incredible story and experience at Concordia.

After a wonderful first-semester experience, Keller didn't think her freshman year could get any better, but it did because she met Pronsati.

They first saw each other in passing on Concordia's beautiful campus. "As I look back now, I realize that I was face-to-face with my future husband," Keller said.

After seeing each other around campus in the following weeks, they officially met in the residence hall lounge, where Keller was working on homework, and Pronsati was returning from working out. They introduced themselves and learned a little about each other.

Keller found herself spending more time with Pronsati and his friends in the residence hall lounge more than she was hanging out with her friends.

"We often hung out in large groups and attended the same church. I even taught him how to two-step," Keller stated. But at the time, she didn't think she liked Pronsati.

One day, Pronsati expressed to Keller in the cafeteria that he liked her, but she kindly rejected him. About a week later, he was nominated for Mister Twister, where a group of CTX men competes in various events, including a talent show. By the end of the evening, the victor is crowned. The evening is typically full of laughs.

Pronsati won the entire competition. "It just so happens that leading up to that," Keller explained, "I decided that I was going to tell him that I really did like him too." After he was crowned Mister Twister, Keller told him that she liked him. "He likes to say that his 'fame' was the reason," Keller said, "but I was after his big heart the entire time."

Pronsati and Keller began dating in April 2017, and they both have been actively involved at Concordia. When they're not studying or serving CTX, they enjoy spending time together, eating Chick-fil-A and playing board games.

On March 9, 2019, during Concordia Crossing weekend, Pronsati proposed to Keller, who responded with a yes. "Our love for Jesus, each other and Concordia keeps us close, and I'm so thankful for the time we have spent here at CTX," Keller said.

Both Pronsati and Keller will graduate in April, and two weeks after graduation, they will marry in Georgetown, Texas, surrounded by their closest family and friends.

We congratulate Dante and Reagan on their engagement and graduation, and we look forward to seeing how the soon-to-be Pronsatis take the world by storm!