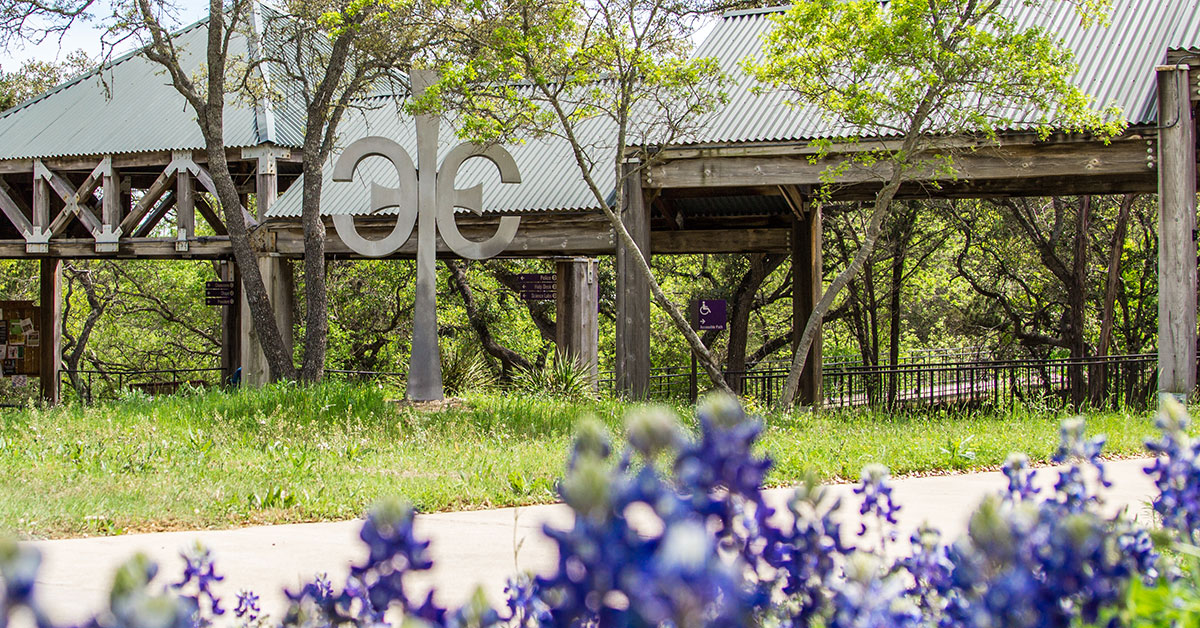 Hi! It's me, VorTex! The Spring 2020 semester is fully underway at Concordia University Texas. I want to celebrate the new semester with you by sharing the fascinating history behind five landmarks around campus.

These special landmarks unite the past, present and future of this wonderful University.

A beautiful bell sits in front of Concordia's Welcome Center (Building A), and it took a long route to get here.

Reverend John Kilian led a group of Wendish Lutherans, with the bell in tow, from South Germany to Texas by way of Liverpool, England, in 1854.

While most of the people on board from Liverpool got dysentery, the Wends and the bell finally arrived at the Port of Galveston. Eventually settling in Serbin, Texas, Kilian established St. Paul's Lutheran Church, which housed the bell for a long time.

Kilian and his congregation were pioneers, becoming the first Lutheran Church-Missouri Synod (LCMS) church in Texas and running the only Wendish-speaking school in America. 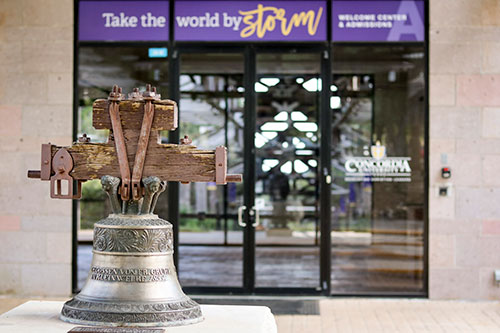 A cruciform refers to an object that is shaped like the Christian cross. The Concordia Cruciform was designed by Concordia's sixth president, Rev. Dr. Ray Martens, when the University was called Concordia Lutheran College.

The cruciform is a wonderful visual representation of Concordia - a Christ-centered university where all are welcome.

The statue towered above Kilian Hall at the original downtown campus and now proudly stands between Building D and the Dining Hall on our current campus.

Try to find the "CLC" in the design!

Martin Luther was a German theologian and leader in the Protestant Reformation, which challenged the Roman Catholic Church and wanted Christians to align faithfully to what the Bible says. The Lutheran church, with which Concordia University Texas is affiliated (LCMS), was developed from this movement. 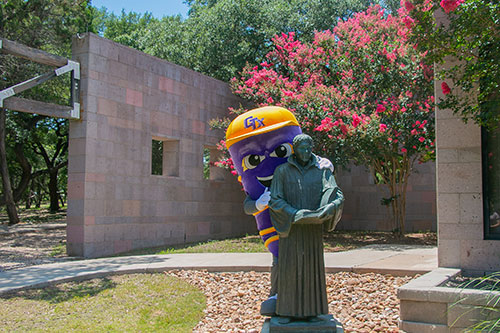 Concordia University Texas has a statue of Martin Luther that is located in Luther Park (next to the Welcome Center). Here's a fun fact: It's the only statue to show Luther as a young scholar.

This unique landmark was established in 1968 on the original downtown campus. Several sophomore students tried to avoid taking an exam by placing a huge rock in front of the entrance to Kramer Hall. The trick worked, but only for 24 hours.

The rock was moved next to Kramer Hall and became a monument for CTX students to initial and paint. The Purple Rock now sits between Building B and Cedel Hall.

Of all the places I've touched down, Concordia University Texas is my favorite!

What's your favorite landmark? Share your CTX stories with us at admissions@concordia.edu.