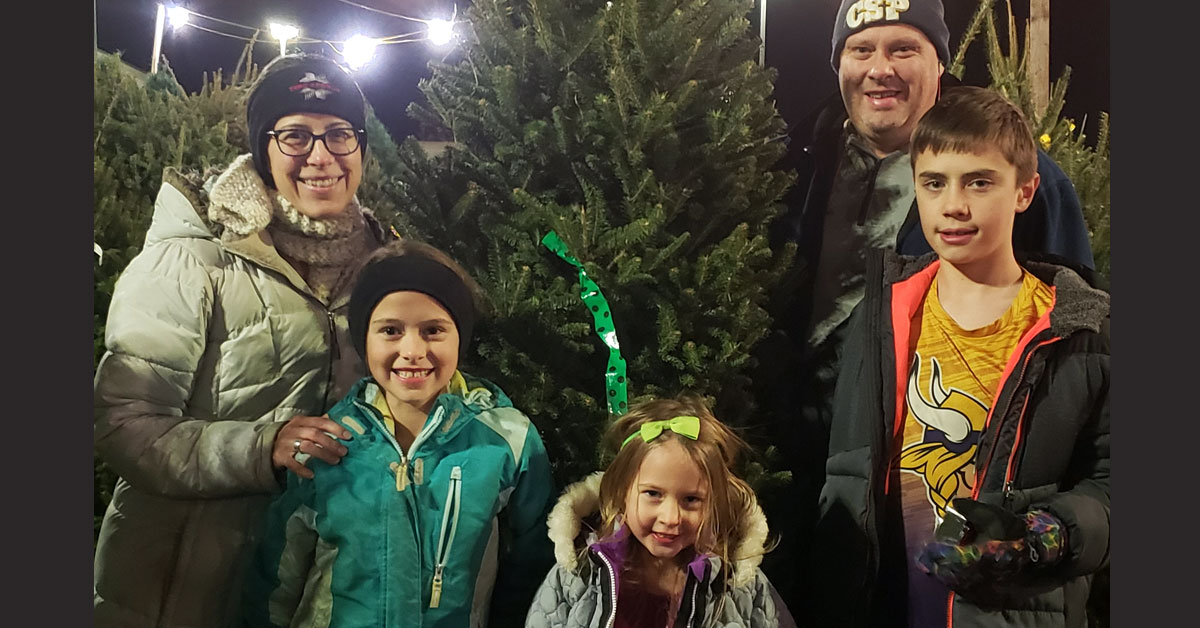 The world attempts to belittle the vocation of being a wife and mother, yet they are the two most important God-ordained roles for women. Heidi Handrick Breitbarth ('99) is an alumna of Concordia University Texas whose faith in Christ drives her commitment to her life-changing work as a wife and mother.

Throughout high school, Breitbarth prayed for God to lead her to the right place. She said: "I prayed about what path God wanted me to pursue, using the gifts He gave me to bring Him glory. He directed me toward a degree as a Lutheran elementary school teacher."

While attending the Missional Youth Retreat in high school, which is hosted at CTX, Breitbarth was finally able to envision the University as her own school.

She chose to attend Concordia because of two overarching factors.

First, the University aligned with her Christian beliefs, specifically those of The Lutheran Church-Missouri Synod (LCMS). "God brought me into a family at Concordia and gave me a good foundation of support where I was able to exercise and grow my faith," Breitbarth said.

Second, Concordia's size and location were ideal. The University was small enough for her to become deeply involved in campus life, while its location in the large metro area allowed her to grow.

Concordia's safe and nurturing environment enabled her to stretch beyond her comfort zone.

Concordia is associated with the LCMS, Breitbarth's denomination. "It was mind-blowing to be with so many people who shared my denominational faith," she said. "Because this foundation was already established with my peers, it gave me the courage to put my faith into action."

Breitbarth became comfortable with praying aloud in groups at Concordia. Additionally, as a four-year campus resident at the University's historic downtown Austin location, God gave her multiple opportunities to share her faith in Christ with fellow students and people in the surrounding neighborhood.

Throughout her time at CTX, Breitbarth grew in all aspects of her faith. She said:

God took me to a place where I had to wrestle with what it meant to be a Christian not, only in public with sharing my faith but also in my private, personal relationships. When I look back on many of the selfish choices I made, I am most in awe of His hand of mercy protecting me and never leaving me.

During her junior year, serving as student body president, Breitbarth met with a recruiter from the LCMS World Mission. Trying to assist the recruiter with finding students who would serve on missions, the recruiter suggested that Breitbarth consider doing so.

Her senior year, Breitbarth formed deep bonds with international students from places such as Africa, Brazil, China and Slovakia, which further grew her heart for the nations.

In 1999, Breitbarth graduated with a Bachelor of Arts in Elementary Education and a Lutheran Teacher Diploma. She then conducted mission work in Togo, Africa. Although mission work wasn't part of her original plan, the Lord used it to solidify the important truth in Isaiah 55:8-9 (ESV): 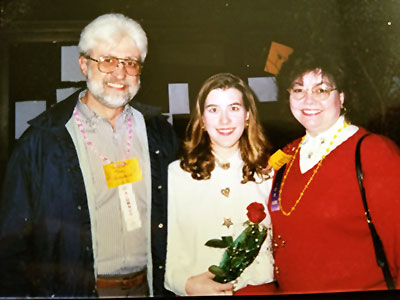 Breitbarth served as an elementary school teacher in Houston, Texas, for two years. In addition to living far from family, she was a teacher when the atrocities of 9/11 occurred, and she was struggling within to determine if she should continue to teach or if she was being called elsewhere.

Many of the mothers of the children she taught were committed to being godly wives and mothers, and they offered her incredible support during these struggles. They welcomed her into their lives, inviting her to Bible studies and their homes for meals.

Believing that God was leading her toward a different vocation, Breitbarth joined a church in Colorado Springs, Colorado, to serve as the missions and ministry coordinator. Simultaneously, she began working on her master's degree in Christian Outreach at Concordia University, St. Paul, which is how she met her husband, Jonathan.

Praying for many years that God would give her this opportunity, Breitbarth's life-changing work as a wife and mother began when she married her husband in 2004.

She moved to Minnesota after their wedding, not knowing anyone except him. Leaving her formal occupation, she became the assistant coach of the Concordia University, St. Paul cross country team to support her husband, who has been head coach of the team for more than 20 years. 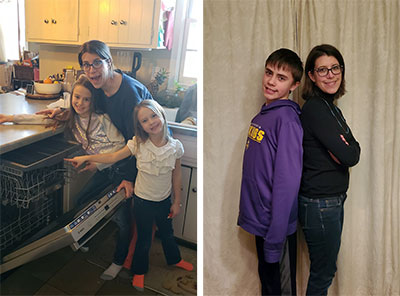 The Calling of Motherhood

In God's Word, He calls women to be the primary caretakers of the children and home (Proverbs 31, Ephesians 5, 1 Timothy 5). The Bible holds these roles for women in the highest esteem.

Breitbarth serves as a stay-at-home mother and homemaker, raising three children with her husband in Bloomington, Minnesota. She explained:

I'm doing things I know are bringing God glory because I'm serving. Sometimes it's cleaning the bathroom, preparing a meal or driving my son to school instead of sending him on the bus to provide space for meaningful conversations with him.

My favorite thing about my vocation is that I'm available for my kids in their schools and their lives. They are so accustomed to my support, and I absolutely love this.

So many great memories are made during the everyday opportunities of life spent with people. I wake up each morning excited for the day and in awe that I get to use my life this way for the glory of God!

Her mother serves as a role model of a biblical wife and mother. "My mom was and still is a great role model," Breitbarth said. "As I grew into adulthood, God opened my eyes to the value of what my parents sacrificed to provide for me in my childhood."

She also saw the incredible impact the goldy mothers she encountered in Houston had, including on her own life.

Breitbarth's days are full and busy, and she lives out her vocation as a wife and mother in a variety of roles.

She spends intentional time with her kids, helping them grow during the short years they are under her roof. While her children are in school, Breitbarth serves in a variety of places outside the home.

She serves as a substitute teacher as well as a babysitter for the neighborhood kids. She also holds volunteer leadership roles in the church and the community.

"If anything good comes from what I'm doing for my children, I want people to see that it is God's strength working through me, a broken, weak vessel," she explained. "What a privilege to lift up His name and hopefully inspire others toward valuing His vocational design for wives and mothers, regardless of their employment."

We congratulate Heidi Breitbarth on bringing glory to God through her life-changing work as a wife and mother!

Are you a graduate of Concordia University Texas? Share your life-changing work with us!