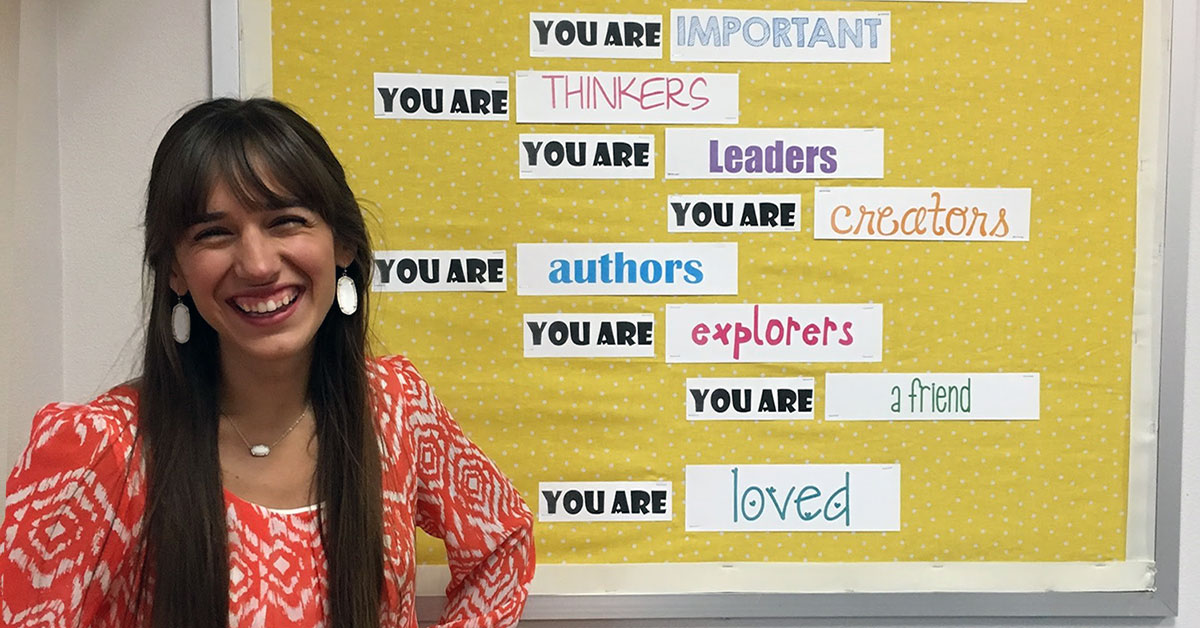 Madilynn Pogue graduated with her Bachelor of Arts in Middle School Curriculum with a specialization in science from Concordia University Texas in 2017.

Concordia played a significant role in her career, serving as the setting where God opened her eyes to new opportunities and led her down an unexpected path.

Growing up in Houston, Texas, Pogue went to Lutheran South Academy, a small private Lutheran school. Her teachers invested in her and became mentors to her. They played a role in her decision to pursue the vocation of education. "I looked up to them," Pogue explained, "and I wanted to be just like them."

When deciding where to go to college, Pogue was immediately drawn to Concordia University Texas because of its Lutheran Teacher Diploma (LTD) program. Teachers with an LTD are eligible for a call to serve in a Lutheran school or other LCMS-affiliated entity.

"It was like a home for me, the next step for following the calling God had for me," she said. "Concordia was the right choice for me logically and spiritually, being able to invest in my faith and learn what that looks like in my career as a teacher."

Joining Concordia in 2013, Pogue was actively involved throughout all four of her years at CTX. She was a Service-Learning Leader, where she led a group of fellow CTX students for two-and-a-half years to visit the residents at a local assisted living facility. Pogue also went on mission trips to Guatemala with the Mission Club. She still has connections to the ministry there and continues to sponsor students.

Pogue credits the College of Education professors with preparing her to become a teacher. Her professors were there for her, inside and outside of the classroom. In addition to excellent instruction, they helped her with her resume, interviewing and much more.

All of the faculty members at CTX are known for going above and beyond. Pogue and her husband, Brandon — a double CTX graduate who works at Dell — still regularly meet with one of Brandon's former professors and his wife. 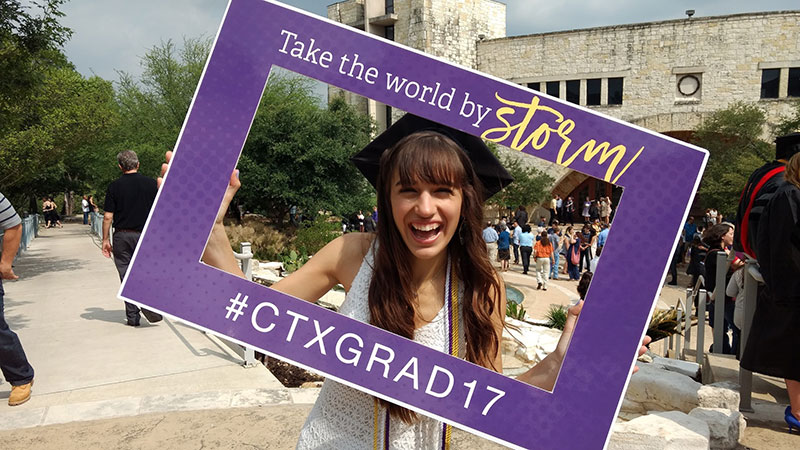 God's Call to an Unexpected Path

Pogue originally planned to enter private Lutheran education to teach at a school similar to the one she attended growing up. She even completed her student teaching at a private Lutheran school.

However, her initial plans were changed at CTX. "God opened up new doors in making me realize that His children in public schools also need teachers who care for them and are willing to invest in them," Pogue said.

After graduating from CTX, Pogue joined Stiles Middle School in Leander ISD as a science teacher.

Pogue is in her third year of teaching and has already assumed a leadership role. The principal asked her to lead her department for meetings, planning instruction and processing data.

"It's a wonderful opportunity to lead at such a young age," she said. "My principal was very trusting of me and could see that I have a growth mindset. I strive to be a servant leader who is constantly asking questions and encouraging everyone to give our best to the kids."

She's leading in many other ways too. Pogue has had the opportunity to share her faith in Christ with her students and coworkers. "It's neat how God creates opportunities for me to have those conversations," she said. "I speak in light of what God is doing in my life and theirs."

Pogue encourages every CTX student to take advantage of the individualized attention the University offers. "Get to know your professors," she said. "They not only teach you academically, but they also care about you as an individual and the impact you make once you leave Concordia."

We congratulate Madilynn Pogue on her career and leadership role. We look forward to seeing how she continues to make an impact on students' and coworkers' lives.

Are you a graduate of Concordia? Share your story with us at alumni@concordia.edu.