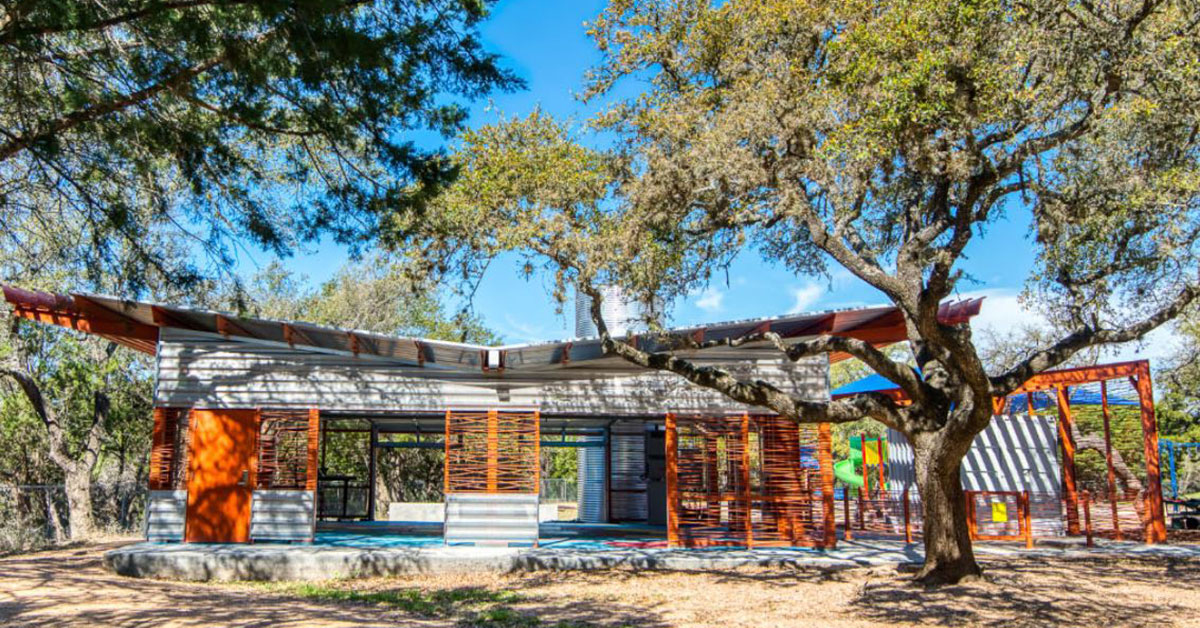 Trevor Hance is an adjunct environmental science professor at Concordia University Texas. Round Rock ISD recently won the Caudill Award, which is the highest honor in the Exhibit of School Architecture competition, for the Nature to Neighborhood Studio, a project Hance pioneered.

The innovative outdoor learning space revolutionizes the way students learn by engaging them with nature.

The Nature to Neighborhood Studio (N2N) is a flexible workshop and shelter that supports environmentally-focused learning. The covered space incorporates a studio that can be converted into a large communal space by raising overhead doors on all four sides of the studio, and it also includes a shaded porch.

The Idea for N2N

Before joining CTX to teach environmental law and environmental education, Hance served as a teacher and as the coordinator for Enrichment and the Environment at Laurel Mountain Elementary School in Round Rock ISD.

The elementary school is located on the edge of the Balcones Canyonlands Preserve (BCP), which is the same preserve on which Concordia sits. Originally private property, the district knocked down the house that once sat on the land, but they left the concrete foundation and five acres of untamed nature.

The idea for N2N grew out of Hance's desire to use nature as a learning environment for students. "We are healthiest when we connect to nature," he said. "We use nature as a backdrop to understand the world around us."

Working with a $200,000 grant the school received, Hance spearheaded a plan to transform the slab into an outdoor learning center that connects students to nature.

Hance began the process with a sketch of what the structure could look like. A student then developed a 3D model of the structure. The school worked with Jessica Molter of Pfluger Architects to construct the space. They built a structure that supported the school's goal to engage students in outdoor learning.

N2N is a green, off-grid structure that generates its own energy:

Years before the project began, a former student painted a U.S. map on the concrete slab for his Eagle Scout project. His mother, while walking the dog, spotted the new structure going up and encouraged him to offer to repaint the map. After years of wear and tear, he restored the mural to its original vibrancy.

The school converted the science lab into a teaching kitchen, quadrupled the edible gardening space, and added a chicken coop to teach students about the farm-to-table movement. During his time at the school, there were more than 30 languages spoken. "There's nothing better to bring people together than sharing a meal," he said.

New pollinator and reading gardens were also incorporated in addition to a long-stream table, which was donated by a family whose student recently passed away. The table demonstrates the impact of erosion and sedimentation on a small, relatable scale.

Grants from Texas Parks & Wildlife, the City of Austin and the district allowed the school to add The Grove, a one-and-half-acre nature playground. Students helped design the playground, which has a rain garden, native plants and stump jumps that former students made for the space.

Read more about the projects.

"We will use the space as the driver for the learning," Hance explained, "instead of using the people in the system for drivers of learning."

Laurel Mountain's students use tools for hands-on activities and learn about nature by interacting with it.

The space opened in the spring of 2018, and the students immediately began to encounter nature. During the first week of its opening, when the Monarch Butterfly migration was underway, a chrysalis formed on the structure and metamorphosed into a beautiful butterfly. 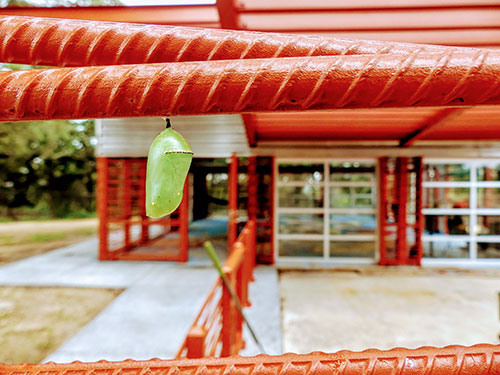 "For me, there's a faith-based and ministry aspect to it," Hance stated. "I know that I'm connecting people and helping to make healthier, better people by engaging them in natural spaces. This helps students better understand their place in creation."