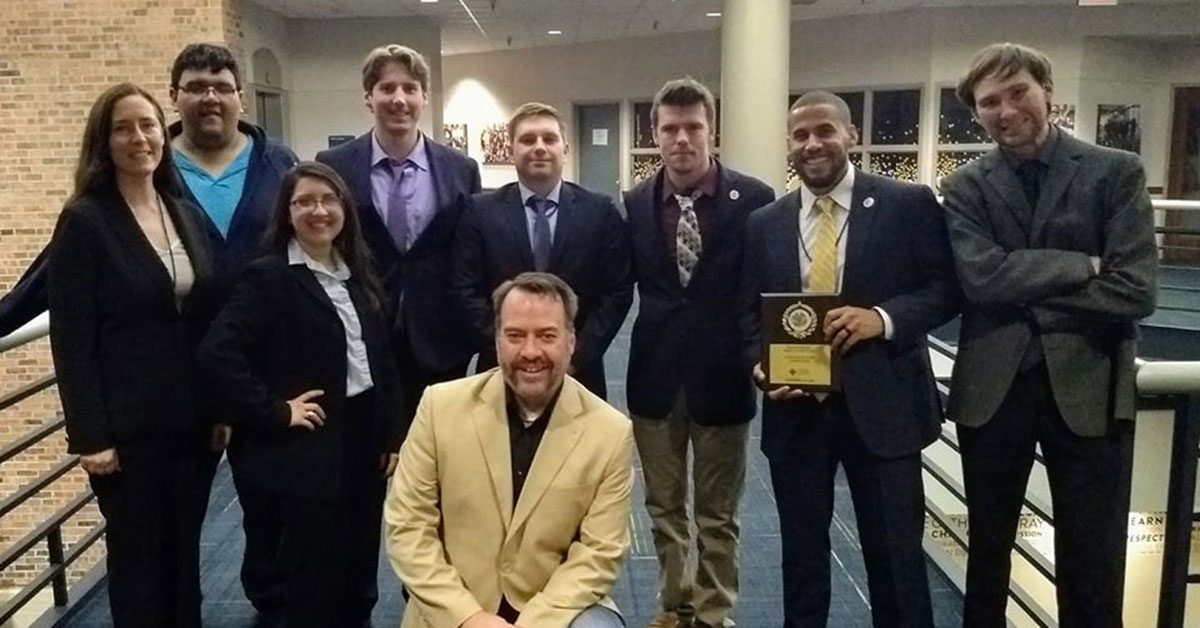 Led by Concordia University Texas professor Dr. Brent Burgess, CTX political science students competed at the Inter-American Human Rights Moot Court (IACHR) competition, the Summit of the Americas competition, and the academic conference, all of which are part of the annual Eugene Scassa Model Organization of American States (ESMOAS) summit.

This year, the conference took place at St. Mary's University in San Antonio, Texas. More than 250 students and faculty attended the event. Concordia University Texas is the smallest school to participate in the competition, but the University made its mark once again by clenching several victories!

The ESMOAS program, which is the oldest and largest regional, collegiate simulation of the Organization of American States (OAS) in the world, hosts an annual conference that is the only hybrid conference on Latin American studies in the nation. The conference is composed of three components:

Joshua Hyles, the executive program director of ESMOAS, said, "Concordia has enjoyed many years of success competing in our program, under the guidance of Dr. Brent Burgess and Dr. Mike Garcia. This year proved to be exceptional, even by their high standards, as Concordia students represented their assigned countries with distinction and, moreover, acted as ideal student ambassadors for their university."

The IACHR moot court is the most difficult of competitions for undergraduates because it requires extensive brief writing and the development of very challenging oral arguments.

"Judges are frequently impressed by how bright and effective our students are at their writing and ability to answer questions," Burgess explained.

Kyle Benford's teammate, Luke Alexander, could not compete because he was ill. "Benford argued both sides of the hypothetical case and carried the team to a first-place finish in the tournament round," Hyles explained.

Concordia's Victories at the Summit of the Americas

CTX senior Krista Gehlhausen, an alumna of the moot court competition, presented a paper at the conference. Her paper was among those chosen to be published by Cambridge University Scholars Press.

We congratulate these hard-working Concordia students on their recent successes!