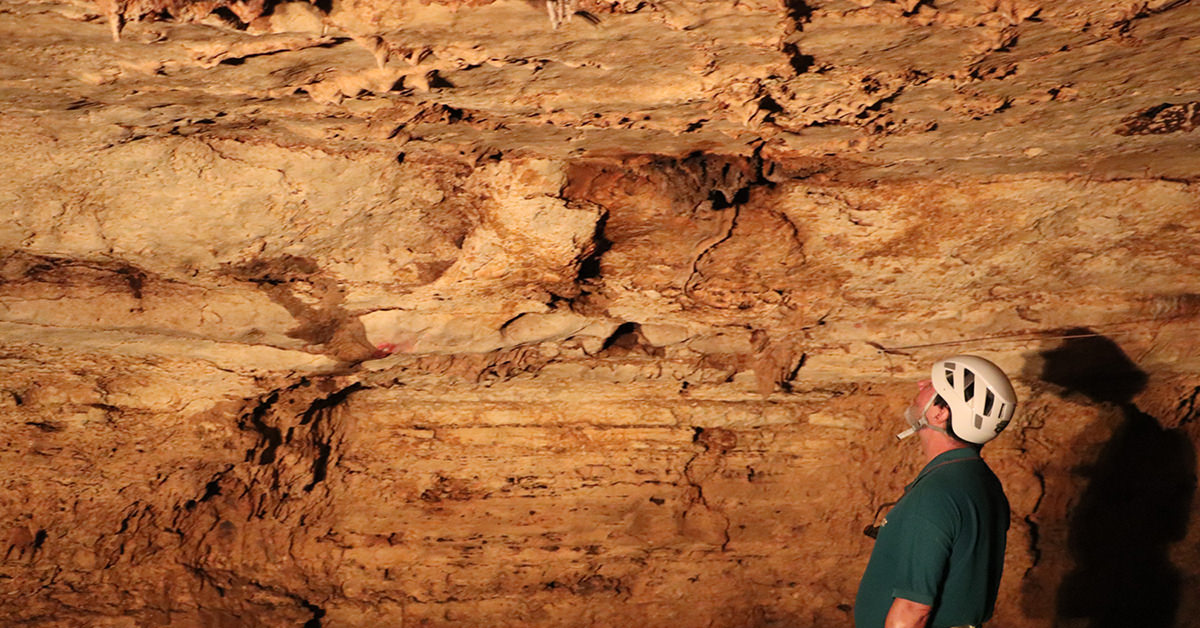 One of the greatest treasures of Concordia University Texas is tucked away on a small parcel of land between residential neighborhoods outside San Antonio, 90 miles south of the campus. Hidden beneath a canopy of cedar trees and shrubs, Friesenhahn Cave gives us a snapshot of the past.

Learn more about this CTX gem and why it’s so important!

History of the Friesenhahn Cave

Believed to be from the Ice Age, animals originally drug their prey into the cave via a sloped entrance.

At some point, the cave entrance collapsed, sealing the bones underground. Over time, a sinkhole opened up, providing the entrance used today. Visitors must climb down a ladder 30 feet to reach the cave floor.

Originally owned by the Friesenhahn family, a member of the LCMS came to own the cave and generously donated the property to CTX, the university his daughter attended.

Monumental Finds in the Friesenhahn Cave

The Friesenhahn family was the first to discover bones in the cave, which were confirmed to be the bones of mammoths. Since then, more than 30 genera of late Ice Age animals have been found.

In the early 1950s, five UT students excavated four small trenches and made a rare find — the complete skeleton of homotherium serum, a scimitar-toothed cat, from the same animal.

In the mid-1970s, UT graduate student Russell Graham excavated two pits and found many bones belonging to a multitude of different rodent species.

Many other significant findings have been made, some of which include the fossils of:

Since acquiring the cave in the late 1990s, CTX has led research groups for over 20 years in excavations of the cave. Beginning with extracting and sifting through the disturbed sediments left by previous researchers, CTX has added many more teeth and bones to the numerous findings.

The walls are covered with fragments of history, including a large mammoth’s tooth. The cave still serves as a home for many creatures, although much smaller, including salamanders, frogs, spiders and more.

What’s Next for the Friesenhahn Cave?

A very limited part of the cave has been excavated, which means that there are likely even more impressive finds waiting to be discovered. There are also believed to be more caverns around the cave.

Meissner and CTX are prayerfully considering what’s next for the cave. “What is God telling us? Maybe God has called Concordia to be a leader in environmental stewardship,” Meissner stated.

The most important thing CTX knows is that both the Friesenhahn Cave and the nature preserve are gifts from God to be stewarded for His glory.

Interested in learning more about Friesenhahn Cave? Visit our webpage!