Magie Cook's Story: From an Orphanage to Million-Dollar Salsa 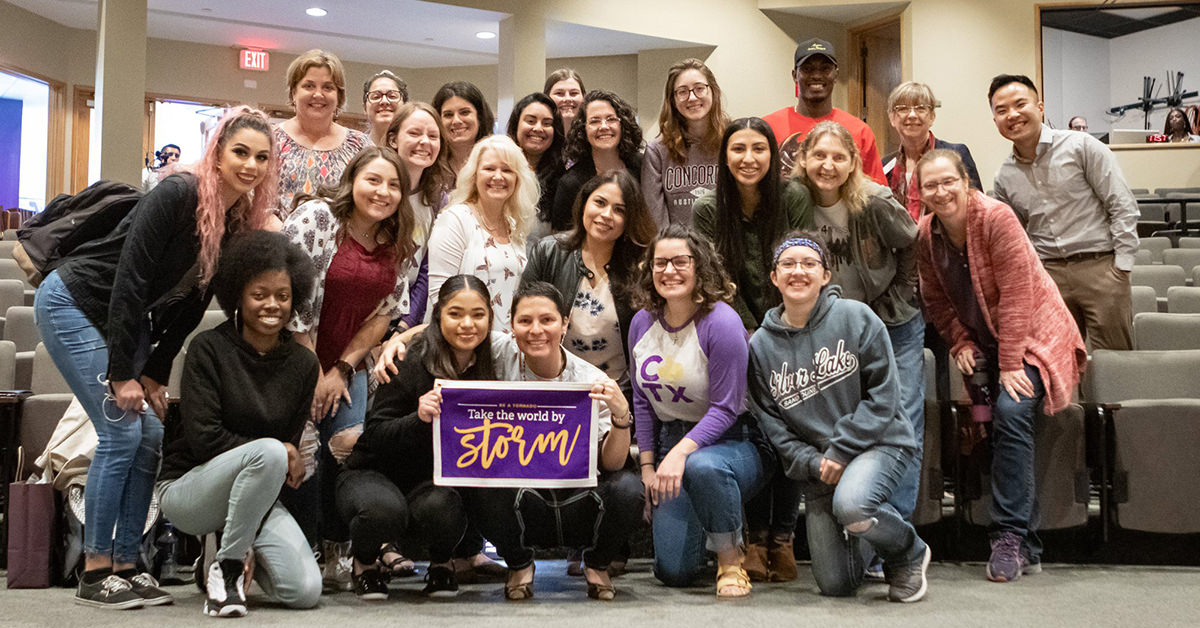 During Concordia Crossing in March, motivational speaker Magie Cook shared her incredibly story with students, faculty and staff in the Chapel.

Cook grew up in poverty in an orphanage in Mexico with over sixty-eight brothers and sisters. When she was six, she started digging caves in the sides of mountaintop canyons. “These were my secret hiding places to rest. This was a way to try to escape, to cope with the things I saw and lived.”

As a talented basketball player, she was counting on playing for the Mexican National Team as a way to get out of the orphanage, but she broke her collarbone and her chances for playing on the team was gone.

“Something was born in me to think, ‘if something bad happens to me, there must be a reason. There must be something better.’” This brings to mind the truth of Romans 8:28, “And we know that in all things God works for the good of those who love him, who have been called according to his purposes.”

Later, the orphanage was in West Virginia on a fundraising campaign. When stopping for a picnic, Maggie and some of her brothers played basketball on an old court. The basketball coach for the University of Charleston saw her playing and recruited her to play, serving as an amazing testimony to the sovereignty of God.

After graduating, Magie struggled to find a job and became homeless. However, a friend found her and gave her a place to stay. Her friends entered her into a salsa competition which she won, and it was there a man gave her $800 to start a salsa business. His only stipulation was that she pay it forward, reflective of Jesus’ words in Acts 20:35, “‘It is more blessed to give than to receive.’”

Maggie’s Salsa was born and in a matter of just four years, her company grew into a multi-million dollar enterprise. She sold the company to Campbell’s Soup in 2015 and now travels the country as a motivational speaker. “If something’s not working, what do you do? You change your approach,” Cook said.

Cook has used her time and resources to help rescue thirty orphans in Mexico. She and her brother now have custody of the children, several of whom were rescued from sex trafficking. While Cook has helped build a house for them, she has also served them with her time. “Giving is not just necessarily money. If you can contribute something with doing, it also makes a huge difference.”

“Ultimately, what you are reflects into the world,” Cook explains. As children of God, the purpose of our lives is to reflect Christ to others and point them to God.

The 2018-19 theme sums it up perfectly: “I have been crucified with Christ and I no longer live, but Christ lives in me. The life I now live in the body, I live by faith in the Son of God, who loved me and gave himself for me” (Galatians 2:20).