Most Embarrassing Moments (as Told by Students, Professors and Alumni) 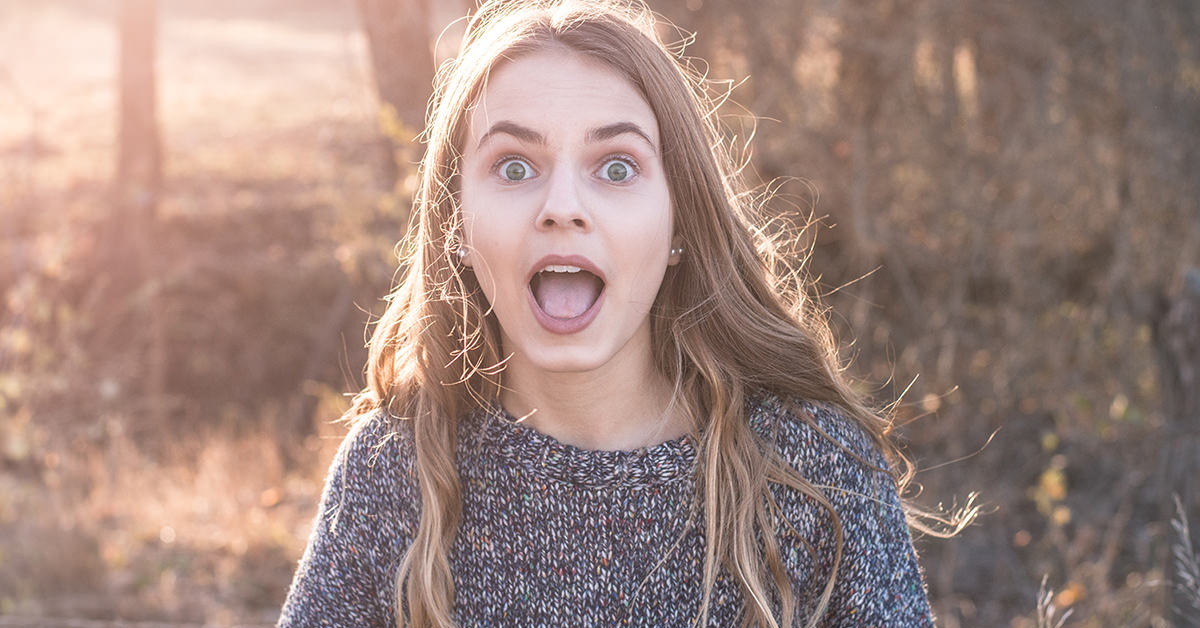 We’ve all had those “Oh, no” moments in college.

Those moments where you wish that you could go back in time and re-do whatever mistake you just made.

Here are a few of students, faculty and alumni’s most embarrassing moments during their time in college.

Dr. Carey: “I have many embarrassing moments but the one that the students probably remember the most is when I was teaching a morning class and I bent over to pick up a marker I had dropped.

As I did, I heard my pants rip in the back and all the students laughed when they realized what had happened. The worst part was there was a high school student sitting in on the class doing a campus visit!

So after it happened, I realized we still had most of the class to go so I strategically taught with my back against the whiteboard.

When the class was finally finished I put on my backpack really low so it covered my backside and then proceeded to walk straight to the parking lot and head to Target to buy some new pants.

And the good news was that the high school student still decided to enroll and is now a current student at CTX!”

She turned in her test after completing it and then proceeded to leave the classroom with her backpack.

She didn’t expect what was about to happen next.

“Then, as I near the exit door of building C, I hear Dr. Puffe screaming down the hall ,“CLASS ISN’T OVER!”

So immediately I turn right and act as if I was just going to the restroom the whole time. I locked myself in a stall, cried a bit, and then returned to class casually with my backpack.”

Kayla Carlove, a CTX junior and soccer athlete, details her experience with cooking in the dorm her freshman year.

Kayla managed to burn an instant cup of Mac & Cheese.

The smell of the burning pasta pieces wafted through the third floor and probably the second and first as well.

She describes her strategy of trying to diminish the smell saying, “Car air fresheners and a portable fan weren’t of much use to my smoke infested room. I made friends though, even if they only knew me by the name of “Mac.””

Dr. Depold: “In my senior year, I wrote a paper on Greek mythology.

The paper must have included the word "Zeus" a hundred times.

I however spelled it incorrectly, as "Zues" and my professor circled every single one.

My paper had a lot of purple ink! I remember thinking he must have been so frustrated seeing it wrong so many times!

This is one reason why I encourage my students to edit their papers and have someone else read them as well!”

Many of us have experience first day of school jitters and worrisome thoughts of whether we’ll make it to our first class of the day or not.

Some people might even find themselves in the wrong classroom as CTX alumni Daniel Foote did his freshman year.

He explains what happened as class started saying, “At 9:30 the professor passed out the syllabus and I saw that it was “Coaching Team Sports” and was so confused! I checked my schedule closely and saw that I was actually supposed to be in “Intro to Literature.”

Anyway, I found out that my “Intro to Literature” class was actually in building C so I left and headed that way and showed up about 10 minutes late.

I knew the professor from my previous semester and he gave me a hard time about showing up late.

I explained why I was late, we had a laugh, and that was that. From all that, I learned to look long and hard at my schedule before the first day of classes.”

One of the great advantages that one has while going to school on Concordia Texas’ campus is the nature and preserve that surround it.

Special Education major Hayley Anderson describes one encounter she had with a squirrel while studying on the upper deck between C and D. She talks about the distinct squirrel noises that caught her off guard.

She then notices the squirrel standing on its two hind legs, engaging in an intense stare-off.

Anderson then describes the interaction that ensues saying, “I already have a fear of squirrels so I was already freaking out by then because neither of us broke eye contact. It charged at me and I threw my books to buy me time to escape! I later found out that a guy safely inside Building C was watching the whole thing go down.”

One of the first years when Dr. Antrim came to Concordia University Texas and was teaching one of her first Master’s classes, there was a multilingual student who was giving a presentation and accidentally mispronounced the word “tortoise.”

Dr. Antrim did not correct the student during her presentation because she was saying the right word but in a different language, and some of the other students in the class found that the mistake to be funny.

Dr. Antrim says this is one of her more embarrassing moments teaching because she did not immediately correct the student.

She talks about how important it is for effective instruction to give immediate corrective feedback to students in order to ensure their learning.

Have you ever found yourself in a situation where you drive to one place, but were meaning to end up somewhere else?

CTX Junior Michael Klein found himself in that exact scenario. He had just received his driver’s license and wanted to experience the freedom of driving anywhere, anytime.

Michael describes his first experience driving alone saying, “I was so focused on driving that I drove to Starbucks and ordered Whataburger because I thought I had driven to Whataburger instead.”

The story has a good ending, however.

Michael ended up driving to an actual Whataburger restaurant and satisfied his hunger after realizing his mistake.

Sometimes, popsicles are too hard to resist (especially when they are free).

Other times, it is better to restrain yourself and opt for something else instead.

This is the advice CTX alumni Hayley Carlove would give to college students. Hayley was offered a delicious popsicle by Student Activities on the pier for an event during freshman year at CTX.

With it being both free and strawberry flavored, she thought, “Why not?” She enjoyed her refreshing snack and then went back to her dorm to pack for her weekend trip.

She drove all the way up to Dallas to visit her then boyfriend, Michael (now fiancé).

About to ride home with him in his car, Hayley describes what happened next when she says, “I ended up throwing up the free popsicle from Student Activities all over the parking lot, and Michael had to nurse me back to health. Friends, it turns out free food is not always the best decision as a broke college student.”

10). Another Cooking Disaster in the Dorms?

We all know how hard it can be to figure out how to heat up food in the comfort of our dorm rooms (well, some of us do).

After coming back to campus with a mouth-watering leftover taco from Torchy’s, she plopped it in the microwave, foil and all.

Genna didn’t realize her mistake until she saw the sparks flying.

She describes what happened next when she says, “Luckily, no damage occurred and our dorm room didn’t burn down. And, I got to eat my taco.” What’s important: the taco was left unscathed and Genna got to enjoy the tastiness.

There are sometimes in college where you are just TOO TIRED.

Everyone experiences this at some point in their college life (some more often than others).

Dr. Reifenberger once lost a battle with his sleepiness in a science speaker series. He happened to lean his head back a little too far, and out came a “semi” snore.

Awoken by the betrayal of his muscles, he snapped back into reality. Thankfully, only a few people sitting around him may have noticed.