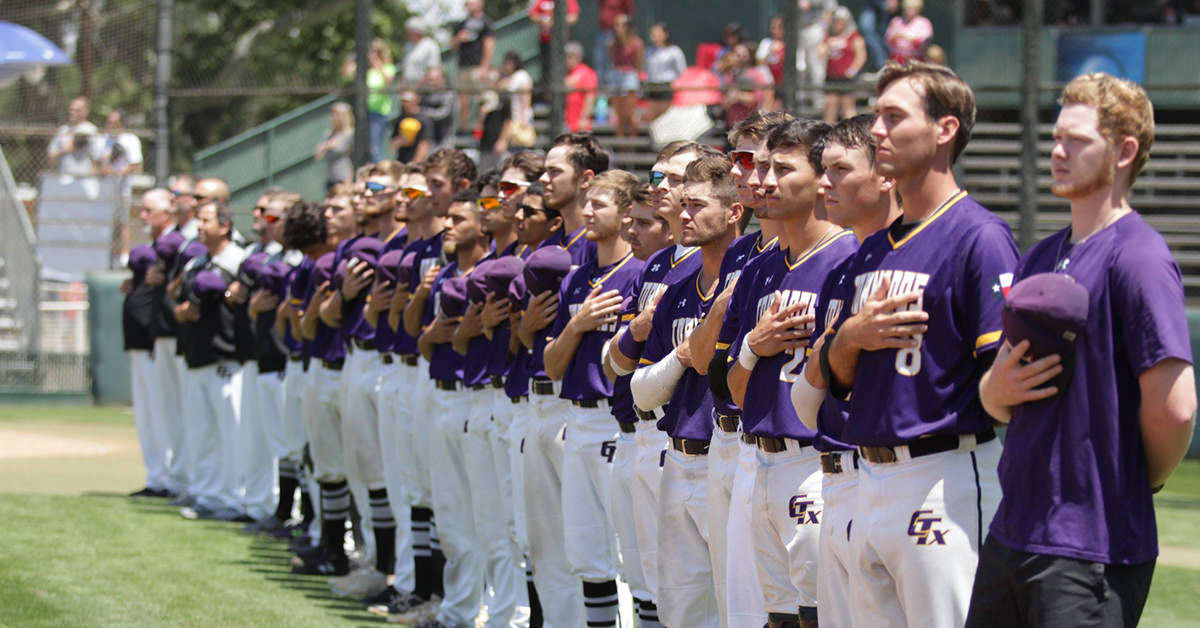 The Concordia Tornados made their deepest run in the Division III NCAA Baseball Championship since 2002, reaching the NCAA Super Regionals for the first time in program history before falling to Chapman University in California.

They won eight of their final nine regular-season games to capture the two seed in the conference standings. The Tornados would run the table in the American Southwest Conference Tournament, going undefeated and capturing their first conference tournament championship since 2012. Additionally, the team finished with a 37-13 to record their most wins since 2012.

The Tornados were recognized for their success with multiple accolades. Matthew Williams was named the ASC Pitcher of the Year. Williams, Casen Novak, Bret Leiferman and Calvin Bush were all named ASC First Team honorees. Williams, Bush and Leiferman were also named to both D3Baseball.com’s and the American Baseball Coaches Association All-Region Teams. Williams and Bush added to their award-winning year, taking home D3Baseball.com’s All-American honors.

The men’s golf team had another successful season, concluding with the programs second-ever conference championship and a fourth-place finish at the NCAA Championships for the second year in a row.

The Tornados finished the season with three tournament wins, including a wire-to-wire win over three rounds at the ASC Championships, led by Ben Balen, who claimed the individual medalist. Balen became the third golfer in program history to win the individual title at the ASC Tournament.

At the NCAA Championships, CTX made the cut for the second time in program history and shot the best score of the day during the final round of the tournament to finish fourth overall. Seger Howell closed out his prestigious career with nine individual tournament titles and was named the ASC Golfer of the Year for the second straight year. Both Balen and Howell were named to the ASC First Team.

Howell was also named to his fourth straight PING All-Region Team, and both William Kim and Howell were named PING All-Americans by the Golf Coaches Association of America, which is the third time Howell has earned PING All-American honors in his career. Meanwhile, PJ Schmitz was named the ASC Freshman of the Year. Schmitz became the second golfer in program history to be named to the GCAA All-Freshman Team.

On the women’s side, the Tornados concluded a historic season with their best team finish in program history at the ASC Championships.

Madyson Milliorn finished as the individual runner-up, which is the second straight season a Tornado has been the individual runner-up at the ASC Tournament. The team recorded their best-ever finish, placing second overall. Milliorn was named to the ASC Second Team and was voted as the ASC Women’s Golf Sportsmanship Athlete of the Year by the head coaches. Makaela Lauritsen was named an ASC Honorable Mention in her first season at CTX.

The men’s tennis team had their best season in program history, capped off by clinching the ASC West Division title after going undefeated in conference play. The Tornados went 14-3 on the year, which is their most wins in a single season in school history. They achieved a 4-0 mark in conference play to wrap up the program’s first division title. At the ASC Tournament, CTX would reach the tournament finals for the first time in program history, but they fell short to UT Dallas for the conference title.

Camille Kemp and Genna Ellinwood were named ASC West Second Team at line three doubles for their performance, going 7-7 as a duo, including three wins in conference play. They are the first pair of Tornados to earn All-ASC honors in doubles play since 2016. Alexis Popovich was voted as the ASC West Sportsmanship Athlete of the Year.

The track and field team ended their spring season strong at the conference championships.

On the men’s side, Gabriel Spivey and Raul Villalpando led the charge, securing the most event wins by the men’s team since winning three titles in 2013.

Spivey was spectacular for the Tornados, setting school records in the 400m and long jump on his way to claiming the individual conference titles in each event. On the first day of the meet, Spivey broke his own school record for the long jump, reaching a distance of 7.33m to win the event for the second time in his career. On the final day, Spivey beat out the field in the 400m dash finals, running a program-best time of 48.13 to claim his second ASC title of the meet and the third in his career. Meanwhile, Villalpando defended his title in the 110m hurdles, repeating as the individual champion with a time of 15.31 in the finals. Spivey and Villalpando became the first male athletes to win multiple ASC titles in a career.

The men’s team finished fifth with 57.33 points, and Alejandro Salazar, Spivey and Villalpando all earned ASC All-Conference honors for their performances. For his 7.33m long jump record, Spivey was a U.S. Track and Field and Cross Country Coaches Association All-Region selection and qualified for his third straight NCAA Track and Field Championship appearance. At the NCAA Championships, Spivey finished 17th and 16th overall in the 400m and the long jump, respectively.

On the women’s side, Bayli Luke and Kendall Sheppard shined for CTX. In the 400m, Luke ran a time of 58.23, breaking the program record and finishing as runner-up. Sheppard set the school record in the javelin throw, reaching a mark of 32.36m to place fifth overall.

The Concordia Tornados finished the 2019 season on a high note by winning their final regular-season game on a walk-off single by Mychala Howard. They finished the season 15-25 (10-17 ASC), highlighted by a 3-2 win over the eventual national champion, Texas Lutheran University.

In the final two series of the year, CTX was able to come from behind and take two of the three games from Louisiana College on the road. In the season finale, the team’s seven seniors led the comeback. They scored four runs in their final at-bat to grab a 7-6 win over Howard Payne University.

Keep up with the latest news about the Concordia Texas Tornados!