Writing skills are important for every vocation, and grammar is a major factor. That's why Concordia University Texas offers multiple ways for students to improve their writing skills. One important resource is Concordia's Writing Center, which offers students support for every phase of writing.

Improve your writing ability today with this guide to the proper use of 10 commonly confused words.

It's an easy mistake to make, but many people incorrectly use "capital" and "capitol" interchangeably to refer to a city that serves as the seat of a state's government.

"Capital" has many meanings, such as the style of a letter (lowercase vs uppercase letters) and financial wealth (capital in a business). But most frequently, it is used to describe the city that serves as a state's seat of government.

"Capitol" refers to the building where legislatures (whether state or national) meet.

While spinning around the capital city, VorTex found a grammar mistake on one of Austin's most notable murals. Can you spot it? [Hint: It's by VorTex's left hand.] 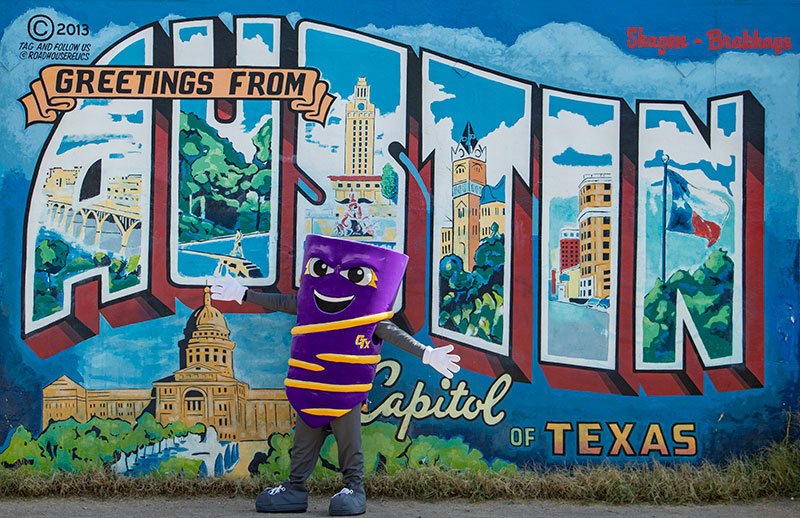 The English language is complex. While they sound similar, "complement" and "compliment" are two different things.

"Complement" refers to something that completes or supplements something else. "Compliment" is the recognition of merit or admiration.

This is a likely possibility since the student is a senior.

This is highly unlikely because it typically takes students four years to earn a bachelor's degree.

When asking a question, many people use "what" and "which" interchangeably. However, there is an important distinction between the two words.

"What" is used when there is an unknown number or infinite amount of possibilities for the answer. "Which" is used when the number of possible answers is small or when both the speaker and the listener know all of the possible options.

From classics like vanilla and rocky road to more unusual options like green tea and blackberry cobbler, it's impossible to know the number of unique ice cream flavors, so use "what."

There are a limited number of options, so use "which."

Unless you are a medical anomaly and have an incredibly difficult time finding sunglasses, you have only two eyes, so use "which."

There are a lot of possibilities, so use "what."

It's important to keep your mind sharp during the summer break because it will make your transition back into study mode in the fall much easier.

[The "Greetings from Austin, the Capitol of Texas" mural uses the word "capitol," when it should read, "the Capital of Texas.]

Check out these tips on how to keep your mind sharp during the summer.