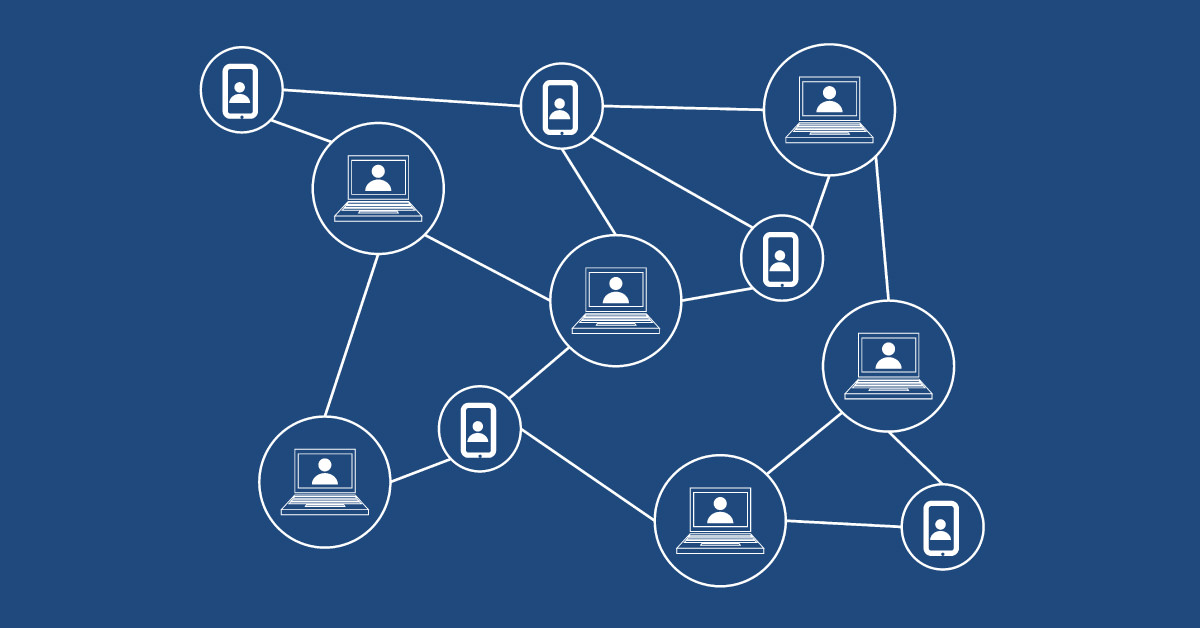 On January 29, 4 Concordia MBA teams presented their findings on blockchain technology as a culmination of a month-long research, interview, and data analysis project for their Business Policy class.

Each team presented on one application of blockchain technology in addressing a real-life business or social issue, and analyzed the policy implications of using blockchain in different industries. At the end of their presentations, team members addressed challenging questions from faculty and students, and talked about practical constraints in applying blockchain technology.

Because of the volume of information we gleaned from this evening, we wanted to present it here in a 4-part series addressing each of the 4 blockchain applications the team members presented on.

This is the first part of the series, in which we discuss the application of blockchain technology in improving firearm tracking and depoliticizing the issue of gun regulation.

What is Blockchain Technology?

What exactly is blockchain? Ask this question in a room full of reasonably smart adults and you would likely come across a couple of blank stares. The more well-informed of the bunch might screw up their faces trying to recall the Bitcoin story where the word was mentioned.

But to many, dive into an explanation of the applications of blockchain and you might as well be speaking a foreign language. That is why we thought it best to answer that question, in very simple terms, before embarking on the first part of this series.

Blockchain is a decentralized means of collecting, recording, encrypting, and tracking transaction data. Investopedia explains that data in the blockchain is stored within the blocks in the form of digital signatures and unique identifiers called hash. Each hash is different even if the transactions that are recorded in each block may be similar.

The promise of this type of technology is that it can make it easy and seamless to record and track data transactions in industries ranging from finance to mining to healthcare. In each of these industries, blockchain, in theory, can increase efficiency, transparency, and accountability, and dramatically decrease costs and fraudulent activity.

Out of the 4 MBA team presentations from January 29, the presentation on using blockchain to improve and depoliticize gun regulation seemed to garner the most debate.

The students rightly identified the issue as being both a logistical and political one. Team members explained that current firearms tracking systems are imprecise due to loopholes such as gun shows, where people can make informal purchases or trades.

Currently, firearms are tracked solely through the use of serial numbers, which do well in tracking the first purchase from retailer to buyer but not so well in tracking subsequent transactions, including loss or theft of a firearm.

“When someone loses their firearm or has it stolen,” explained team leader Vicente Lizcano, “the only current means of reporting it to law enforcement is by using the serial number."

If the owner did not record the serial number, a physical description of the gun would have to suffice. With blockchain technology, guns would be imprinted with unique identifiers that are stored in the blockchain and publicly available.

Lizcano went on, “reporting loss or theft of a gun would be as easy as going online, connecting your computer to the blockchain, and updating the status of your firearm’s unique identifier to ‘stolen’ or ‘lost’.”

Lizcano and his team also addressed the political environment of gun regulation.

“On the one hand,” he said, “you have extremists who want to do away with the second amendment.” “On the other, some people may want to do nothing about the issue of gun violence.”

How it Will Work

The solution then would be to use blockchain technology not just to track firearms but also to accurately verify at the point of purchase whether an individual is cleared to own a firearm. Lizcano contrasted this with the standard background checks in place today, which have proven to be imprecise and tedious.

With blockchain, encrypted information on critical mental health or criminal history of individuals would be fed into the blockchain, better preventing the sale of firearms to those not authorized to own them.

The team members presented two companies that are currently using blockchain to improve gun regulation. The first, WISeKey (sic) has gone as far as developing remote disabling capabilities in new guns. The other, ArmChain, uses blockchain to track individual profiles in a decentralized system and improve the way gun sellers perform background checks.

The main issue with using blockchain technology to improve gun regulation might have to do with balancing security and privacy.

Blockchain technology may very well be standard firearm regulation policy in the far off future, but there are still plenty of firearms in circulation today that have not been imprinted with a blockchain device. These devices would need to be registered in the blockchain for this technology to become immediately effective.

Team members entertained various questions on whether blockchain could really address privacy concerns relating to gun ownership. After all, blockchain may be encrypted and hashed data, but it is also publicly available data.

Most gun owners would be very hesitant to volunteer their ownership history to the blockchain and register their firearms.

Lizcano agrees: “The technology would need to be proven. It would also have to rely on volunteerism.”

That means that government policy aimed at integrating existing guns into a future blockchain would need to incentivize gun owners and also alleviate their concerns about publicly listing their gun ownership status. In other words, the point must be made, blockchain is not like cloud computing.

New developments in 3D printing for instance could mean that technologies for manufacturing firearms are evolving faster than the technologies that can regulate them.