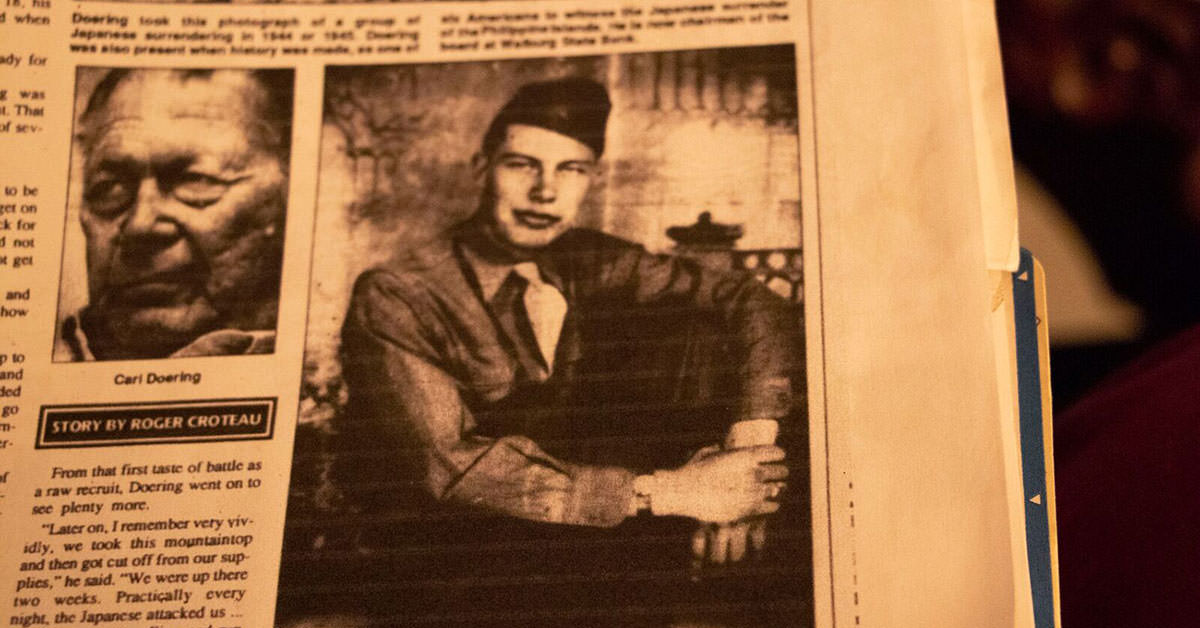 Carl Doering, by the grace of God, has accomplished many things. He’s served in the military and been a small-business owner, a banker, a golf-course designer, and, among many other things, he’s the oldest Concordia alumni at 95 years old, graduating in 1941.

We are going to tell you about some amazing stories Carl’s shared with us through a three-part series.

Today we’ll look at how Carl got from Georgetown, Texas to Manila, Philippines.

Born and raised in Georgetown, Carl was sent to Lutheran Concordia College of Texas (now Concordia University Texas) to go into the ministry. At the time, Concordia was a four-year high school that prepared young men for careers in ministry and teaching.

However, due to Carl’s struggle to memorize, a professor advised him not to pursue the ministry. He then attended North Texas Agricultural College (now Arlington State), where he joined the ROTC.

Carl was parading with the ROTC when they announced over the speakers that Pearl Harbor had been bombed. This would soon impact Carl’s life.

Drafted into the US Army

Meanwhile, Carl met his wife, Dolores, at a Lutheran youth gathering in Dallas in 1942. Dolores was from Austin and Carl from Georgetown. Their courtship would occur by means of letters, as Carl was soon drafted into the US Army and sent to Fort Ord, California to ship out for the South Pacific.

Just before boarding, Carl was given orders to report to Headquarters, where he was told he would have to wait to ship out because he needed glasses. That very ship was torpedoed and sunk by the Japanese. As Carl so eloquently puts it, “The Lord moves in mysterious ways.”

Check out part 2 of this series, where we hear about Carl's experience in the war and his offer to play baseball with the Boston Red Sox!