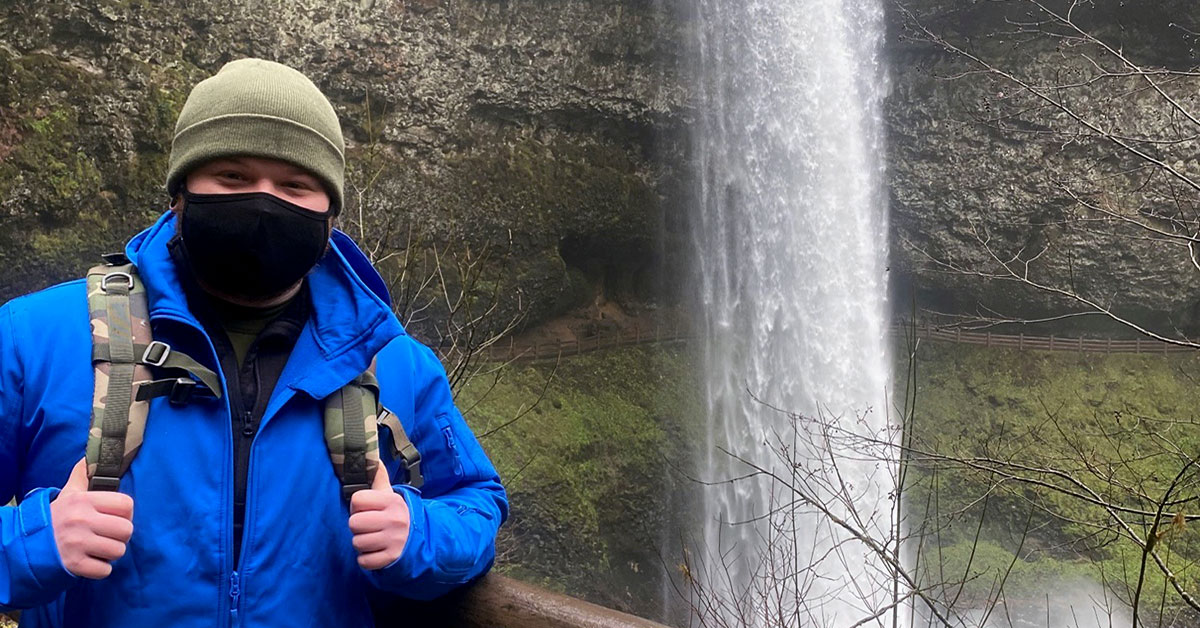 Concordia University Texas sits on a beautiful campus that is surrounded by nature. Located in Austin, Texas, the campus includes a 250-acre nature preserve and acres of native trees, plants and wildlife. The Concordia Rangers program allows students to help the Office of Environmental Stewardship maintain and manage these natural treasures.

Jared Guidry is a senior Environmental Science & Conservation major ('21) who joined Concordia after serving in the United States Marine Corps. The life-changing opportunities of the Concordia Rangers program have helped Guidry prepare for a vocation in environmental science.

The Call of the Preserve

Originally planning to attend Texas A&M University, Guidry decided that he wanted to stay in Austin, Texas. He found out about Concordia and its on-campus preserve.

"The main thing that brought me to Concordia was the preserve," Guidry said. "I'm an Environmental Science & Conservation major, so having the preserve on campus was an immediate attraction for me."

Learning about the Concordia Rangers program in a leadership class, Guidry reached out to Zach Stark, the director of Environmental Stewardship. He began working with Stark immediately.

Guidry's interest in environmental science is the result of multiple factors.

During his service in the Marine Corps, Guidry developed other important skills. "In the Marines, I learned so many skills and how to convey these skills to other people," he said. "It helped me become an excellent teacher."

When he joined the program, Guidry excelled right away. "The culmination of these factors prepared me for my role as a Concordia Ranger," he said.

Stark designs each ranger's experience to align with their interests and skills. Guidry is proficient in construction and carpentry, so he has helped build structures for the preserve and Tornado Trail, which is a public 1.5-mile nature trail on campus. He has also built bridges for water crossings in the Concordia Preserve.

"Jared works extremely hard," Stark said. "There's not anything he's not been capable of, so it's great to have him on staff as a Concordia Ranger."

In addition to personalized projects, Guidry has worked on routine maintenance projects in the preserve and on the trail. Because of his experience and leadership capabilities, Guidry frequently works independently.

"I throw some of the heavy-hitting stuff at him because he comes to the job with a ton of skills," Stark explained. "Leadership is something that the Marine Corps already drilled into him, so he knows how to complete a lot of these tasks."

Guidry has also had the opportunity to capture impressive images of nature and wildlife during his work as a ranger. He captured the stunning picture of the eagle below. 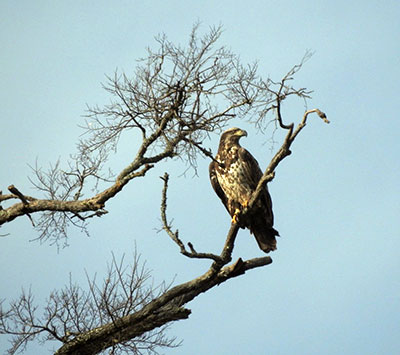 His most recent work as a Concordia Ranger has been primarily geared toward Tornado Trail. Guidry helped Stark build a customized porch with cedar posts for the shed on the trail. He also helped Stark reseed the wildflowers on the trail.

The next project requires Guidry to once again leverage his woodworking skills. Utilizing the a-frame swing set currently on the trail, he will help Stark repurpose it into bird blinds. These blinds will allow trail users to observe the wildlife on the trail.

Guidry has seen a wide variety of wildlife on the trail and in the preserve, including roadrunners, red-tailed hawks, snakes and spiders.

The Concordia Rangers program has connected Guidry to other exciting opportunities that Concordia offers students.

As a Selah Scholar, Guidry helps with an ongoing eagle project that is co-led by Dr. Sam Whitehead, assistant professor of Environmental Science & Conservation, and Stark. The scholars study the declining eagle population and participate in the Midwinter Bald Eagle Survey on Lake Buchanan, which is part of a national project coordinated by the U.S. Army Corps of Engineers.

Once Guidry graduates, he plans to move to the Pacific Northwest to work in a state or national park in Washington. He looks forward to working in their expansive forests, under the towering sequoia trees.

Guidry encourages everyone to enjoy the God-given gift of nature.

"Spend at least 20 minutes outside every day," he said. "Go out and stand in real nature. It will dramatically improve your mental health." 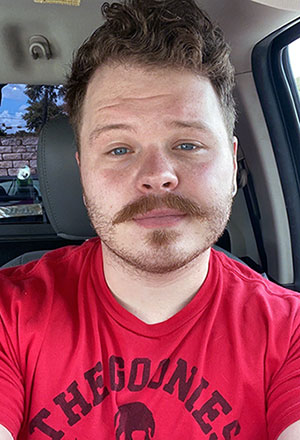 All CTX students are invited to apply to the Concordia Rangers program.

Through this paid student-worker role, you will gain valuable hands-on experience in the field and enjoy life-changing experiences exclusively available to Concordia Rangers.

To learn more about the Concordia Rangers program, visit the Environmental Stewardship website or email Zach.Stark@concordia.edu.