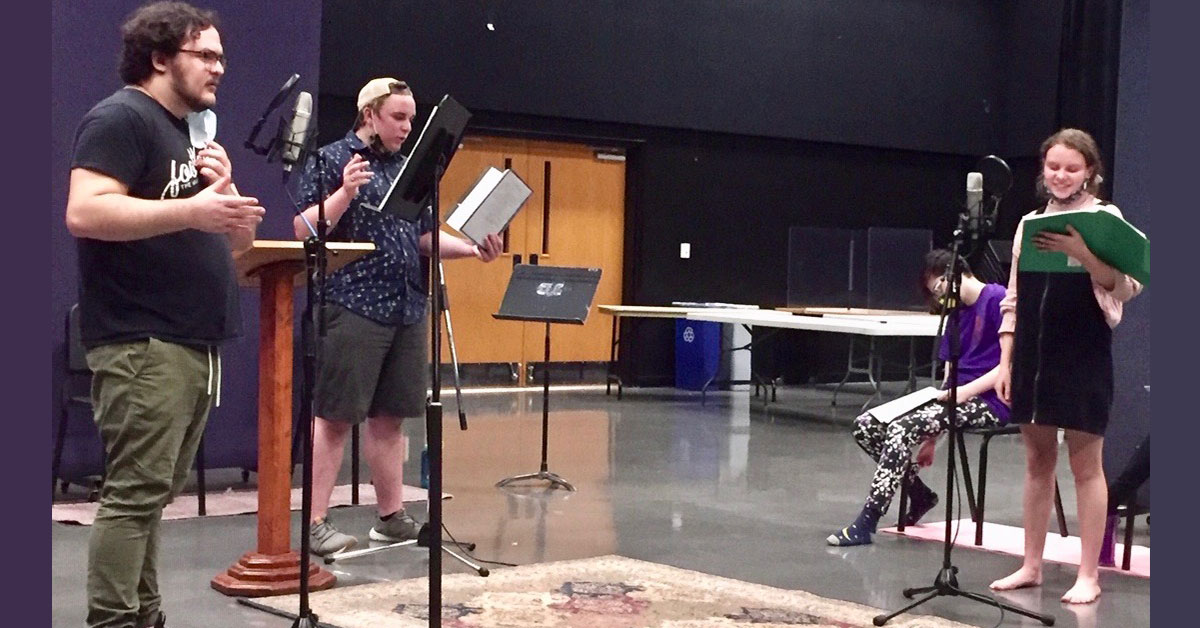 The Irene Ryan Scholarship is part of the festival, and the entire process was altered because of the pandemic.

Auditioning for the Irene Ryan Scholarship

Theimer was the only CTX student who applied. "I wanted to do it to challenge myself," she said.

Before auditioning, she was unfamiliar with the KCACTF, which is a national collegiate theatre program affiliated with the prestigious Kennedy Center. "It was almost a good thing that I didn't know what the Kennedy Center was when I signed up," Theimer said. "I was blissfully ignorant."

She chose three monologues, memorized them and recorded them on video to submit for the competition. "It's important to know how to self-tape because although it's not normally how theatre is performed, the art is going that direction," Theimer explained.

One course that helped her with the audition was Acting for the Camera, taught by Austin-based actress Yesenia Harrington. In addition to the knowledge she has developed through the course, Theimer used the materials and equipment required for the course to film her monologues.

Theimer was one of 16 students who made it to the Region 6 finals. This life-changing opportunity put Theimer's work before many theatre experts. Although she didn't win the scholarship this year, she is grateful for the experience. "I'm excited because I have my foot in the door," she said. "It gave me a boost and the excitement to go forward. I'm glad I have this experience."

"It is remarkable that she went this far," Gordon said, "especially considering that she auditioned the first semester of her freshman year." 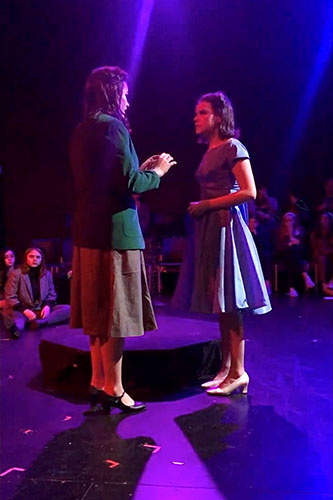 A native of Kingwood, Texas, Theimer first learned about Concordia when her older brother (a 2019 alumnus) attended. He joined CTX with an undeclared major and explored different disciplines.

"He had lots of professors who poured into him," Theimer said. "The faculty care more about the students than they do about grades. I wanted to go into that environment."

Joining CTX in Fall 2020, Theimer enrolled with an undecided major. She immediately got involved at CTX in multiple ways. In addition to joining the Honors Program, she participated in the "Murder-Ween" radio special.

The life-changing opportunity to audition for the Irene Ryan Scholarship helped Theimer decide on a degree plan. The week after learning that she qualified for the Region 6 finals, Theimer declared a double major in Theatre and English with a Writing concentration.

Theimer has always been interested in theatre. Growing up, she went with her mom to numerous theatre performances, including the Theatre Under the Stars, which is Houston's home for musical theatre. "Theatre can be created anywhere," she said. "You can see things in a small-scale community production that inspire you."

Her interest in the performing arts extends beyond the stage. "I've always been involved in theatre, but I'm very drawn to film," she explained. "Film is so raw. That's what I liked about the taped audition. I made sure my humanity was incorporated into the performance."

She also likes film because it combines so many factors of the performing arts, including the visual aspects and directing.

For students new to the art of theatre, Theimer encourages them to read "Proof" by David Auburn.

The Concordia University Texas Theatre program offers a Theatre major and minor. All CTX students, regardless of major and minor, are invited to participate in CTX Theatre's performances.

Austin is home to a vibrant performing arts scene, offering students the ideal place to study Theatre. Gordon connects students with internship opportunities for work as TV and film extras and roles in theatre.