How Concordia MBA Students Are Living Out Their Vocations 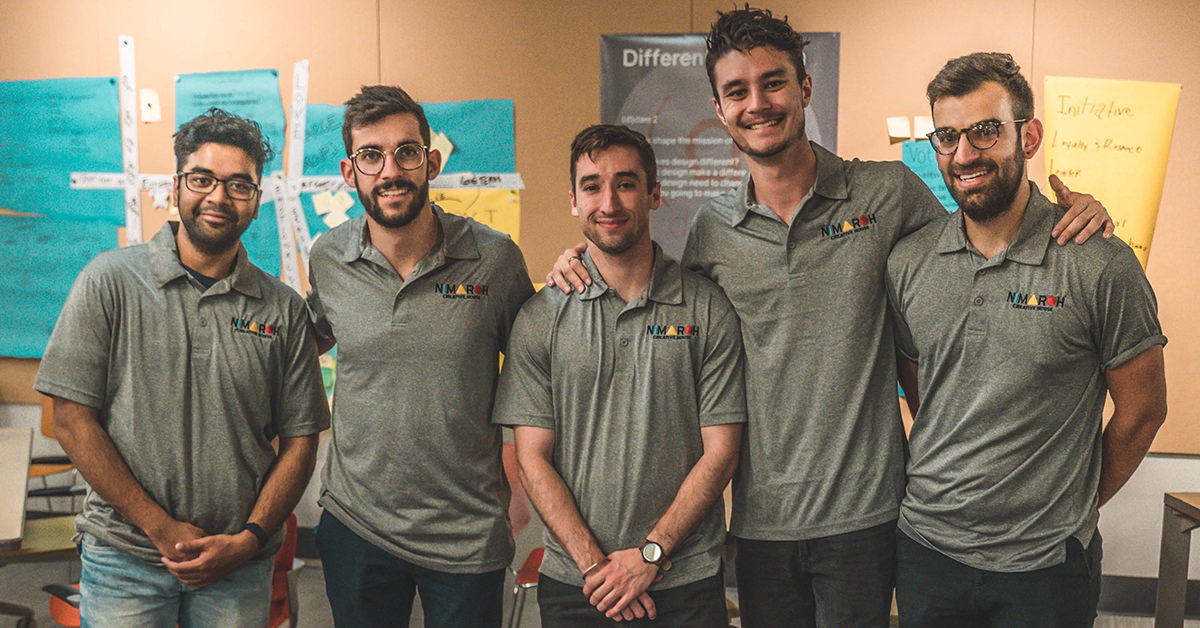 This is reflected not just in terms of students’ personal growth but also in how students use their learning to go out and lead in their communities and industries.

We would like to introduce you to Vinny and Manny, two current MBA students who are living out their vocations in different ways.

Vicente ‘Vinny’ Lizcano is just four months away from earning his MBA. In his first year, he launched an entrepreneurial venture called Nimaroh with cofounders Teo Mefalopulos and Manas Chimpidi. Earlier this year, Blake Takushi, a senior advertising major at UT, dropped out of college to join the company.

Nimaroh grew out of a software app idea that one of Lizcano’s friends proposed and now executes marketing projects for a number of high-profile business clients.

Lizcano explains that the venture is growing into a full-fledged marketing firm focused on creating digital content. “We work on everything from videos to graphic design to social media,” he said. “Our biggest client is probably Lyft. We have an incredible mix of talent, creativity and skill in our team.”

Along with Mefalopulos, Chimpidi and new addition Takushi, Nimaroh now has six team members and a central Austin office. “We have a brick-and-mortar office in downtown Austin,” Lizcano says. “If we did this from our garage, we wouldn’t feel the pressure of having to succeed. We know we need a positive cash flow every month.”

Lizcano explains that he has always been entrepreneurially inclined but that his experiences with university president Dr. Donald Christian influenced his thinking even further.

“I took one of his classes and I remember that he really had a way of sparking curiosity in his students,” Lizcano recalls. “I think curiosity ultimately leads to entrepreneurship. It makes you think about how to create a specifically designed role for yourself. I have gained a lot of value from pursuing both entrepreneurship and my MBA at the same time.”

Lizcano says that his team at Nimaroh is always finding ways to learn and innovate. Currently, the company is taking on more full-scale and multi-layered projects, and it’s diversifying its range of services and expertise. 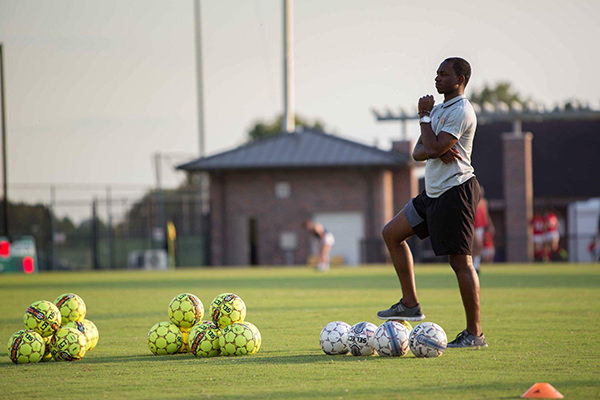 Kelvin ‘Manny’ Iloba is completing his first year in the Concordia MBA program. Taking almost twice the normal course load of a regular MBA student, he expects to graduate a few semesters early.

As a Graduate Assistant, Iloba works as an Assistant Coach for the CTX Men’s Soccer Team. Originally from Nigeria, he grew up in the United Kingdom, playing for the youth leagues of prominent soccer clubs like Manchester United.

Iloba says that as a child, he had no doubts about a future career in sports. “I started playing soccer when I was three or four. Honestly, I was born to play. It’s a natural gift I was born with and I’ve never really played anything else.”

Life, it turns out, had other plans for Manny Iloba. A complication with his immigration status interrupted his budding soccer career, which he abandoned to return to Nigeria.

For the next few years, Iloba worked hard to return to sports, eventually joining St. Thomas University in Houston as a student athlete. He won numerous sports and academic honors at St. Thomas and graduated in the top 10% of his class, before gravitating towards coaching.

“One thing I’ve come to understand in life is that things happen for a reason,” he says. “You might want to go on a certain path and God might have a different path for you. I grew up with dreams of playing soccer. Now, I’ve found that I derive even more joy from coaching than I did as a player.”

Two of his teammates from the Manchester United youth league, Lingard and Pogba, are now playing professionally for the club. Iloba could have easily been one of them. He expresses his joy at seeing his former teammates develop in this way, but he feels as though he has found his calling elsewhere.

“Yes, money would be great, fame would be great,” he admits. “To be honest though, I get a lot more joy from one of my players telling me how my coaching has made him a better person, a better player.”

He even sees similarities in how the MBA program, much like sports, brings people of many different backgrounds together.

“We just did a presentation on IKEA. We had four team members. IKEA is a Swedish company. I am from Nigeria. My other team members were from Portugal, India and Venezuela. We all had different nationalities. But we all connected and gave probably the best presentation of the day. It’s really about making each other better.”

Iloba plans to return to Nigeria at some point in the future to help build more youth development infrastructure for kids who, like him, have a passion for playing soccer. In the meantime, he hopes to help lead the CTX Tornados to another riveting soccer season.

Interested in earning your MBA? Learn more about our excellent program and apply today!