Concordia University Texas is the home of the Tornados, and intercollegiate athletics are an integral part of who we are. We have seven men's teams and eight women's teams that compete in NCAA Division III, and we have a competitive gaming team, Concordia Esports.

As a student-athlete at Concordia University Texas, you will fine-tune your skills in the sport you love while developing values, such as fair play, character and teamwork.

Learn more about the Fall 2020 season.

As an NCAA DIII school, Concordia's student-athletes don't receive athletics scholarships, so they play for the love of the sport.

The factor that sets Concordia Athletics apart is the same factor that sets our academics apart: individualized attention. CTX coaches are committed to helping every student-athlete develop the mind, heart, soul and body. In other words, they want you to succeed in academics, develop your athletic skills and grow in your faith in Christ.

Concordia Athletics is about more than just winning; it's about students participating in life-changing competition.

Tornado Field, located behind the Fieldhouse, is the home field of the Concordia Baseball team. The state-of-the-art complex features a FieldTurf surface and plenty of bleachers where the CTX community can cheer on the team.

Both the men's and women's Basketball teams have claimed an ASC Championship. They play in the Fieldhouse. With a viewing space on the second floor by the concession stand, the community can see every minute of action. They can also join other supporters in the gym on the purple bleachers. 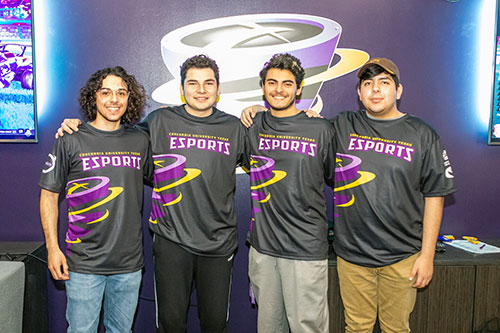 Concordia Esports, the first varsity gaming program of its kind in Central Texas, is an affiliate member of the Southern Collegiate Athletic Conference (SCAC) and competes in the National Association of Collegiate Esports (NACE). In the summer of 2019, the University unveiled the high-tech Esports Arena on campus.

The men's and women's Golf teams have earned multiple honors as the program continues to grow. The men's team has two ASC Championships to their name, including the most recent title won in 2019. 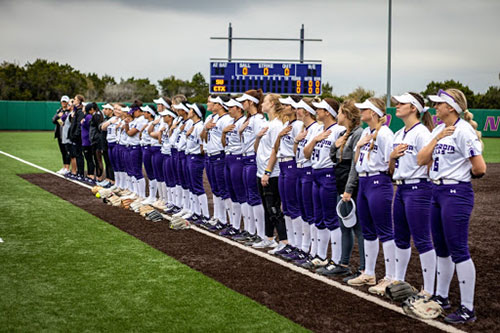 The Tornado Softball Field sits next to the Tornado Field, and it features artificial turf, purple and gold seats and dugouts. The field is the newest addition to the athletics facilities at CTX, built to support the growing Softball program.

Over the past three years, since restarting the Tennis program, Concordia's men's and women's Tennis teams have grown and strengthened. In 2019, the men's team won the program's first-ever ASC West Division title.

The Track & Field teams consistently perform well, often earning top spots. Both the men's and women's teams break personal records and University records at meets and regularly place in the top five of an event.