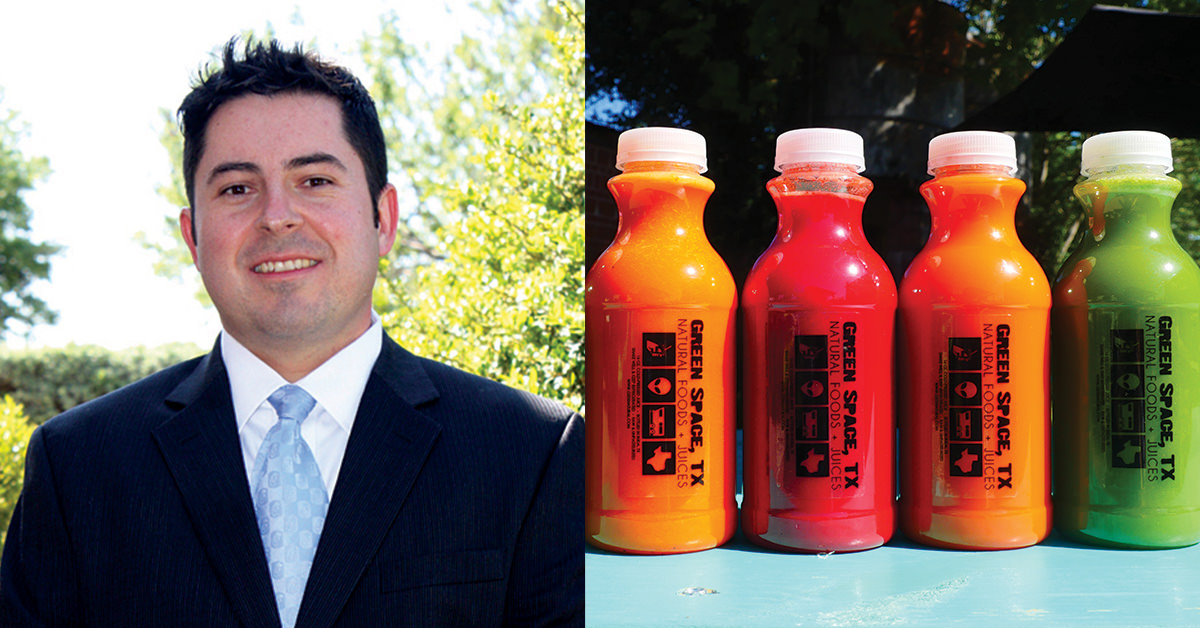 And he does all of this while working full time for Chick-fil-A. Learn how de Alcala is using his skills and talents to serve the community of Buda.

De Alcala has worked in the hospitality and food services industry for nearly 20 years with CKM Restaurant Group, a multi-unit Chick-fil-A franchise in South Austin.

He has served as manager, director of operations, and was recently promoted to chief people officer, a role in which he is responsible for talent acquisition, human resources and company culture.

Why Did You Choose CTX?

Deciding to earn his bachelor’s degree, de Alcala was looking for a university that shared the same devotion to Christian leadership and values as Chick-fil-A.

Concordia’s mission of “developing Christian leaders” and the Adult Degree Program made it a no-brainer for him to chose CTX. After graduating with his bachelor’s degree, he pursued his Master of Business Administration.

What is Green Space, TX?

De Alcala and his wife, Melissa, opened Green Space in 2017 to accomplish the two-fold goal of creating awareness around the benefits of adding nutritious plant-based food to your diet and increasing access to healthy food options in the Buda community.

They will use Green Space to support their new tech startup, Cloudbites, which connects consumers with local chefs through a networking app.

Where Did You Get the Idea for Green Space?

The inspiration for Green Space actually began CTX in one of de Alcala’s undergraduate courses, Health and Wellness.

The professor challenged the class to eat healthier, so de Alcala decided to have his whole family transition to healthier foods. This sparked his passion for nutritious diets and foods.

During the MBA program, de Alcala developed skills that have helped Green Space become a reality.

“Throughout the MBA, all of our professors really spoke to the power of getting out, networking and getting involved in your community,” he explained.

Once he recognized that his community of Buda didn’t have a restaurant option for nutritious food, he began planning how to address this need. De Alcala joined the Buda Area Chamber of Commerce where he met lots of business people who encouraged him to launch Green Space.

“Concordia was the lead domino. It’s where I started to make connections, and that led to the chamber,” he said. “Having the support system from the chamber and other connections that I made through Concordia gave me the confidence and the knowledge base to start Green Space.”

We congratulate the de Alcalas on their success, and we thank them for their devotion to serving their neighbors through meaningful work!

How are you taking the world by storm? Share your story with us at alumni@concordia.edu.