Powerful Quotes from 5 Leaders of the Protestant Reformation 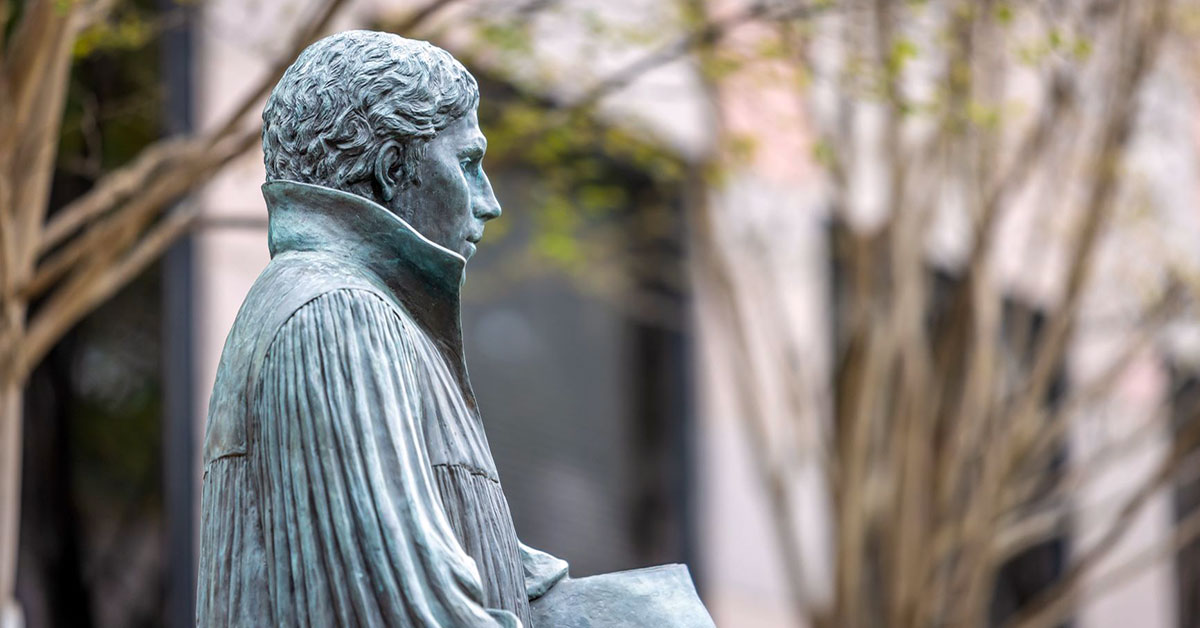 Concordia University Texas is affiliated with The Lutheran Church-Missouri Synod (LCMS), which identifies with the teachings of Martin Luther, a German monk who led the Protestant Reformation.

The Protestant Reformation was a movement in the 16th century (the 1500s) that sought to reform the Roman Catholic Church and resulted in the formation of an entirely separate entity: Protestantism.

The Reformers recognized God's Word as the ultimate authority and that the perfect life and sacrificial death of Christ is the only basis on which sinners can be reconciled to God. The movement was a call to biblical Christianity.

The Protestant Reformation was built on five foundational doctrines known as the "five solas," which state that Christians are saved by grace alone, through faith alone, in Christ alone, as revealed in Scripture alone, to the glory of God alone.

We've compiled a collection of quotes from some of the leaders of the Protestant Reformation to encourage you in your walk with Christ.

Did you know that Concordia University Texas has the only statue of Martin Luther depicted as a young man? You can see the Luther statue in Luther Park, which is next to the Welcome Center.

If you're fascinated by theology and church history, consider adding the Pre-Seminary minor to your degree.

The Pre-Seminary minor at Concordia University Texas prepares you to become a pastor, missionary or deaconess by adding Biblical knowledge studies to your degree.