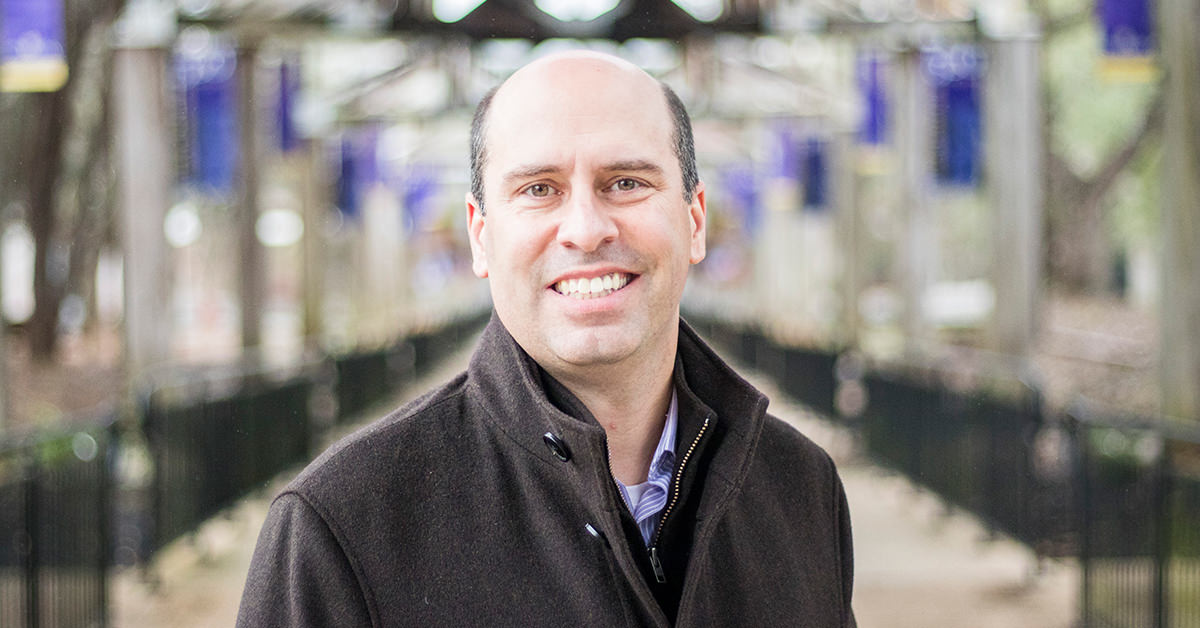 Earlier this month, Concordia’s Chief Strategy Officer Dr. Shane Sokoll returned from a sabbatical in Spain, where he represented CTX as a Fulbright scholar during the Spring 2019 semester.

Fulbright is a cultural exchange program funded by the U.S. State Department that allows scholars across all degree levels to conduct research and teaching in one of 155 countries.

As part of his project on the Science and Practice of Leadership, Sokoll conducted teaching and research in Tenerife, Canary Islands, as a Fulbright Senior Scholar. He cringes at the senior designation but explains that this specific program is for scholars and educators who are advanced and experienced in their fields.

When Sokoll first applied for Fulbright Espana (the Fulbright program in Spain), he had no idea that he would end up on an island off the tip of North Africa. When the opportunity did present itself, he had no hesitation. Having previously conducted research in various industries in the United States and Mexico, Sokoll was eager to engage with organizational culture in a different national setting and gauge how his research would be received.

The feedback he received was overwhelmingly positive. “Much of the leadership culture in Spain is hierarchical,” he explained. “For a lot of students I worked with, the concepts of transformational leadership and servant leadership were refreshingly new. They seemed to appreciate it.”

Placement in Spain’s Canary Islands wasn’t the only surprise that accompanied Sokoll’s Fulbright award. Affiliated with the Facultad de Economía, Empresa y Turismo (Department of Economics, Business and Tourism) at the Universidad de la Laguna, he was tasked with traveling around the island as a visiting speaker and lecturer, presenting over 20 sessions on leadership.

Throughout the program, Sokoll presented at several conferences, seminars, workshops, leadership summits and guest lectures. He believes this allowed him to make an even greater impact through the program.

Sokoll was accompanied on his trip by his wife and two children. Although the transition wasn’t easy, his kids were happily immersed in the Spanish culture. It also helped that his son is a soccer (futbol) fanatic and relished the chance to watch FC Barcelona.

Concordia’s values and the Fulbright experience

In the end, Sokoll returned to Concordia with a mission to encourage students and faculty to look into Fulbright. He did just that at a faculty development session last Wednesday, pointing out that Fulbright offers opportunities not just for faculty members and doctoral students but also for students pursuing their bachelor’s and master’s degrees.

He also stressed the synergy between Concordia’s values and the Fulbright experience. “We often talk at CTX about ‘serving our neighbor’ and bringing good to the world as an expression of our love for Christ,” he said. “For me, it was really all about vocation”.

Interested in learning more about Shane’s Fulbright experiences in Tenerife? Check out his blog.