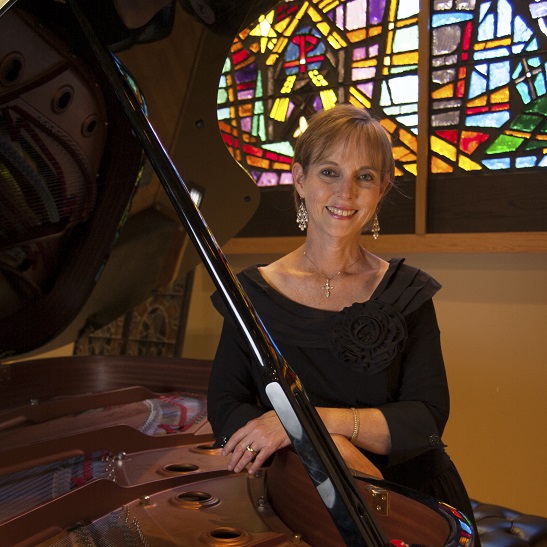 Dr. Patricia Griggs Burnham is piano faculty and Associate Professor of Music at Concordia University Texas. Since 1998, she has served the music department in many capacities: Fine Arts Chair from 2008 2014; Program Coordinator of the Concordia Community Music Academy; Rehearsal pianist and accompanist for the University Choir and Concordia Singers; Professor of Piano and instructor for many of the core music classes within the music major.

Dr. Burnham received her Doctorate of Music Arts degree from the Catholic University of America in Washington D.C. where she studied Piano Performance and Pedagogy with Marilyn Neeley, Barbara Maris and Marvin Blickenstaff. She holds a Master degree in Piano Performance and Pedagogy and a Masters in Music Education from the Florida State University in Tallahassee, FL where she studied with Carolyn Bridger and Victoria McArthur. She also holds a Bachelor of Science Degree in Music Education from Old Dominion University in Norfolk, VA.

Dr. Burnham grew up in Virginia Beach, VA where she began piano study at the age of 6. She has performed as a soloist and collaborative pianist in major cities throughout the United States. Some performance highlights include the Ambassador Theater in LA and the Wolftrap Performing Arts Center in Washington D.C. where she performed the Sonata for piano and guitar by Radames Gnattali with Brazilian guitarist Carlos Barbosa-lima. The work was recorded and released on the Concord Record Label in 1993. She made premier performances of works for guitar and piano by composer Bobby Scott. She also worked with and performed with guitarist Charlie Byrd in the early 1990s. Dr. Burnham continues to perform as a soloist, collaborative pianist and accompanist.

For many years, she has been an adjudicator for the National Piano Guild of Piano Teachers, the National Federation of Music Clubs and Austin District Music Teachers Association. She has given master Classes, lectures, pedagogy clinics and workshops and has published reviews in American Music Teacher. She is dedicated to her work as a church pianist, and she maintains a private teaching studio at her home in Bastrop, TX.