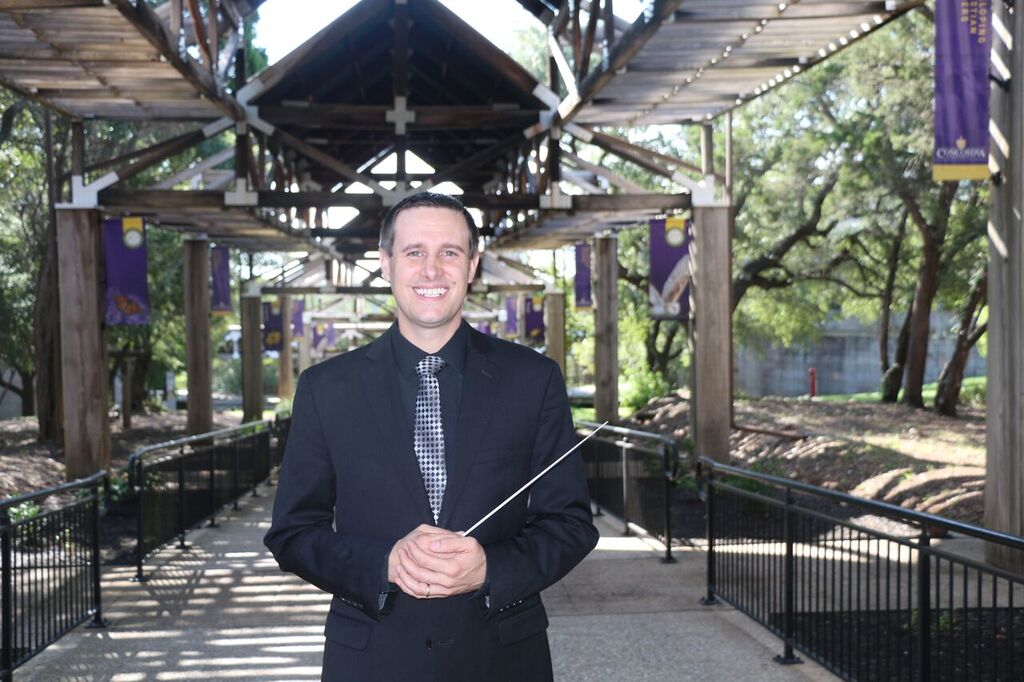 Michael Staub is the Director of Instrumental Music and Music Education and Assistant Professor of Music at Concordia University Texas, where he conducts the Concordia Symphonic Winds and the Purple Tornado Pep Band. He teaches music education and methods courses.

Prior to his time at Concordia, Dr. Staub taught instrumental music for 16 years in the Lutheran Schools of Houston, primarily at Lutheran High North and Our Savior Lutheran School. During his time in Houston, he established the marching band program at Lutheran High North and his bands consistently earned division I rankings and were perennial state contenders. He holds a Texas K-12 all-level music certification.

Michael graduated from the University of Houston with a D.M.A. in Music Education. During his time at UH, he served as a graduate assistant for the university bands, studying under Mr. David Bertman, and assisting with the Spirit of Houston Marching Band, Wind Ensemble, and Symphonic Band. He also served as a graduate assistant in music education under Dr. Julie Derges as he observed student teachers and assisted in leading the student teaching seminar.

Dr. Staub received his M.M. in wind conducting from the University of Southern Oregon. His undergraduate degree was from Concordia University Nebraska where he studied with Dr. William Kuhn, Dr. Kurt von Kampen, Dr. Joseph Herl, Dr. David Held, and Dr. Charles Ore. He was a member of the University A Cappella Choir, Wind Ensemble, Jazz Band, Handbell Choir, and student director of the Bulldog Pep Band.

Before moving to Austin, he was an active member of Memorial Lutheran Church in Houston where he met his loving wife, Clare, a benefits attorney. They have been blessed with three daughters, Elizabeth, Mary, & Christina.