The Board is currently composed of 8 members including prominent business and civic leaders and distinguished educators who bring a vast range of knowledge and experience. 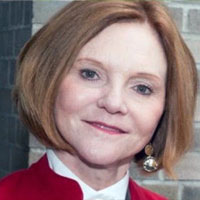 Endowment Holder and Former Board of Regents
Concordia University Texas

Patricia Kym is an alumni of Concordia University Texas. She received her Bachelor’s degree in Theology. She was a sponsor of the Excellence in Leadership Gala from 2013-2015. Her husband is currently serving on the Board of Regents. They also pledged a gift at Concordia’s Houston Leadership Luncheon in 2016 and another gift for the Centennial Initiatives in 2018. 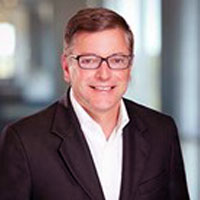 Prior to those roles, Mr. Lavorato spent three years at the national law firm, Seyfarth Shaw, in Washington DC focused on litigation and national/international commercial matters. Before joining Seyfarth Shaw, John served six years as a United States Army Judge Advocate in the Republic of Panama, Republic of Honduras and the United States National Capital Region.

Mr. Lavorato is a graduate of Santa Clara University (B.S. and J.D.) and holds a Masters of Law from Georgetown University Law Center. He is the current Vice President for Resources at Caritas of Austin and an Adjunct Professor in the business school at Concordia University Texas. 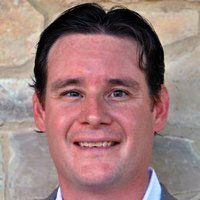 Allan is an accomplished banker with a fifteen-year track record of supporting privately-held business owners. Allan started his career with Comerica Bank in Dallas in 2001 where he spent the first five years of his career as an analyst and corporate banker. Allan joined Bank of Texas in Dallas in 2005, working primarily in corporate banking and private wealth management where he supported privately held business owners and their underlying middle-market businesses. In 2013, Allan and his family moved to Austin to join the commercial banking team of BBVA Compass later joining Regions Bank in 2017 to build the Central Texas region as Market Executive.

Allan is also CEO and Co-Founder of PaidUp, a financial technology company launched in 2014 designed to support youth sports clubs. Allan and his co-founders launched the startup in Austin, TX and are currently supporting travel and select sports clubs across the U.S.

After earning his undergraduate marketing degree, Allan earned his MBA from Texas Tech University in 2000. In 2014, Allan also earned his Certified Private Wealth Advisor designation through the Investment Management Consultants Association ("IMCA") and the University of Chicago’s Booth School of Business.

Austin is home to Allan and his three boys, Will, Alex and Sam. His family enjoys spending time together outdoors, running, cycling, camping and enjoying live music. Allan’s family is also passionate about giving back to the Austin community and work hard to support the homeless through Mobile Loaves & Fishes (an Austin based, 501(c)(3) and Freshies, an organization he and his family launched in 2014. 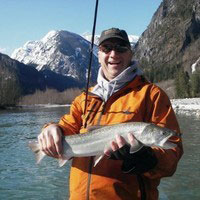 Chris Rulon-Miller is a member and former Director of the Executive Committee of the Alumnae Association of St. Paul’s School in Concord, New Hampshire.  He is the father of Sarah Rulon-Miller, Concordia University Texas class of 2020.

He holds a BSE degree in Civil Engineering from Princeton University in 1974 and graduated from the University of Pennsylvania’s Wharton School in 1985 with a MBA in Finance. 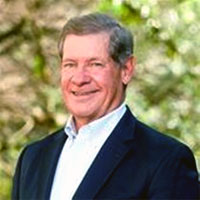 Dick became CEO in 2014 after spending the previous thirty-three years building and growing a successful business in Austin. Dick’s focus is on maintaining and enhancing the firm’s long history and culture of world-class client service, ensuring that exceeding client expectations remains the firm’s core value. This is the firm’s driving force in all of our client relationships and recognizing this culture as our most important asset keeps our focus on helping clients with their wealth management and financial life planning.

Dick works with the team of professional advisors and client service managers to achieve the principle objective of maximizing clients’ assets over the long term. He is also involved in business development initiatives to ensure that Legacy One can offer multiple services to clients to strengthen their financial position and deepen the relationship with the firm and its partners.

A lifelong Texan, Dick has lived in Austin since 1981. Outside of work, he enjoys spending time with his children and grandchildren, serves on the board of the Austin YMCA, is active in his church, and enjoys traveling and getting on the golf course as often as possible. 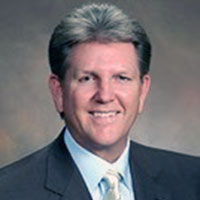 Tom Stacy, President of T. Stacy and Associates, has been instrumental in acquiring, managing and enhancing the value of Austin's landmark downtown properties over the past decade. Connected with Austin area real estate since 1977, Mr. Stacy has been a vocal supporter of economic development in the Central Business District. In 2001, T. Stacy & Associates received the "Project IMPACT" Award for the restoration of the historic Stephen F. Austin Hotel. In 2012, Mr. Stacy co-founded CapRidge Partners, a value office investor and manager headquartered in Austin, Texas.

In addition to these accolades and endeavors, Mr. Stacy is a past Chairman for the Texas Association of Realtors Political Action Committee. Since 2003, Mr. Stacy has served as President of the Community Partnership of the Homeless, a non-profit organization which provides housing for the homeless and underprivileged. 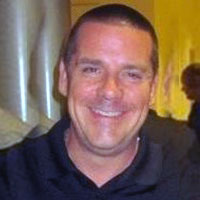 David Stein serves as owner and managing partner of the Roger Beasley Auto Group comprised of 2 Volvo dealerships and one Subaru dealership in Austin, Texas area. David purchased his first Volvo dealership in Bamberg, Germany at the age of 26 and operated Volvo Center Bamberg for 7 years. After all the base closures in 1989, he came to Austin and worked as a GSM/Finance Director for Bill Munday. Roger Beasley recruited David as Finance Director in 1994 where he was then was promoted to General Manager in 1995. In 1996, David became the Operating Dealer for Budget Leasing, Inc. and owner of 49% owner Roger Beasley Import Highline Group.

David attended Triton College and studied Criminal Justice. He served in the US Special Forces was decorated with three ARCOM’s and ended his service in Germany.

In addition to his work with Concordia University Texas, David served on the Board of Texas Hearing and Service Dogs.

David‘s hobbies are making jewelry, stone faceting, oil painting and obeying his Siberian Huskies.  David is married to Jennifer Kerwick and has one daughter and a grandson. 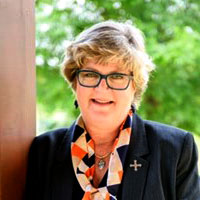 Sherron Watkins is the former Vice President of Enron Corporation who alerted then Chairman Ken Lay in August 2001 to accounting irregularities within the company, warning him that Enron ‘might implode in a wave of accounting scandals.’ She has testified before Congressional Committees investigating Enron’s demise from both the House and the Senate. Sherron received national acclaim for her courageous actions  and TIME magazine named Sherron along with two others, Coleen Rowley of the FBI and Cynthia Cooper of WorldCom, as their 2002 Persons of the Year, calling it “The Year of the Whistleblower.

In recognition of her outstanding demonstration of ethics in the work place, Ms. Watkins has received numerous honors, including the Court TV Scales of Justice Award and its Everyday Hero’s Award, the Women Mean Business Award from the Business and Professional Women/USA Organization, and the 2003 Woman of the Year Award by Houston Baptist University. Glamour Magazine named her one of its 2002 Women of the Year, and Barbara Walters included her as one of the 10 Most Fascinating People of 2002.  In 2003, the National Academy of Management presented Ms. Watkins with their Distinguished Executive Award and the Women’s Economic Round Table honored her with the Rolfe Award for Educating the Public about Business and Finance.

Ms. Watkins is co-author, along with Texas Monthly journalist, Mimi Swartz, of Power Failure, the Inside Story of the Collapse of Enron, published by Doubleday in March 2003.

Sherron and her husband Rick have been married for 22 years, they have a college age daughter, attending the University of Texas at Austin. They reside in Georgetown, Texas.

Ms. Watkins is a Certified Public Accountant. She holds a Masters in Professional Accounting as well as a B.B.A. in accounting and business honors from the University of Texas at Austin.

For more information about the Concordia University Texas Foundation Board, please contact: